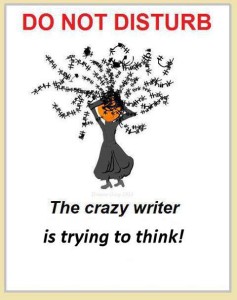 I am not a speedy writer and for some unknown reason I decided to part-take in CampNaNoWriMo, the July equivalent of the November mad dash towards 50, 000 words, where you can set your own word count. So I set what I believed would be an achievable goal and started writing. Where am I as July draws to a close? Not where I should be, that’s for sure…

There are many different types of writers out there, primarily lumped into one of two categories: the outliner and the pantser. While most pantsers use some form of outline even if it’s only a vague sense of plot direction, an idea of character development or knowing how the story will end, pantsers are by nature an unruly lot who like to go on an adventure with their characters. I’m one of these writers. I usually have a vague idea of story trajectory and a better sense of who my character is and needs to be by the end when I start out on a new novel. This is not a bad way to write albeit not always the most efficient, which I have learned time and again with word count challenges.

Having participated several times in NaNoWriMo and never having won, I thought CampNaNoWriMo – where I could set a more realistic word count goal – would be better for me, and maybe I’d actually ‘win’ this time. Noooooope.

I love my current WIP. I’m totally in love with my characters, I think my premise rocks and I have a playlist conjuring amazing settings, I’m learning so much and thoroughly enjoying every scene I write. There’s just one problem. It’s taking me an age to write and it’s no mystery why.

1) I don’t have an outline. I honestly have no idea how I’m going to get from A to B. I have a few key scenes already jotted down but no idea how to build the bridges between them. I spend a good deal of each writing session staring at the blank page thinking about what might possibly fit between two critical scenes before only tapping out a few hundred words. A satisfying few hundred words, but a mere handful none the less considering I’m aiming for 60k and am currently sitting around 17k. (I thought I’d hit 30k by the end of July).

2) I am easily distracted. Since I’m a pantser, I don’t always know exactly the type of research I’ll need ahead of time. I’ve done the big picture things like setting and character research, but little things always crop up because I detest when authors get details wrong in their stories, so I endeavour to get them right in mine. Unfortunately, the Internet is a vast and cavernous region and what should be a minute’s worth of research can often metastasize into several hours worth of interesting, but fairly useless, investigation.

3) I’m a perfectionist and tend to edit as I write. This is good and bad. It’s good because when I eventually get to the end of a first draft, it’s in pretty good shape already because of all the along-the-way editing. This is bad because I end up editing existing chapters instead of writing new ones. 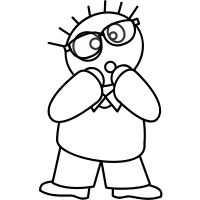 So what can I do help myself reach my word count goals? Thanks to some Twitter buddies, I recently discovered Write or Die. They swore it had dramatically increased their productivity and that it was definitely worth a try. Oh. My. No! For me, the type of writer who enjoys being able to stare at white for half an hour, listen to some scene-setting tunes, research the exact flavour of Blue Bell’s ice-cream I should use to describe a character’s eyes, Write or Die is the absolute antithesis of enjoyment. It sucked the joy right out of writing for me even if it did mean I manically typed out alphabet soup just to keep the kid from screaming. Not very usable words were written during that exercise.

I have begrudgingly come to accept that I should probably not work by word count, that I should not measure my success by how many words I’ve written in a day, but rather by how much I enjoyed the writing session and the quality of the words written, even if they are a mere 300. When I try to force myself to write for the sake of upping the word count, I inevitably hate doing it and hate the result, which ends up in rewrites anyway, or even dumping the project altogether.

No more NaNoWriMos for me. No more stress about word count. Just daily writing that I can take pleasure in and be proud of at the end of the day.

What kind of writer are you? Have you ever attempted or won a NaNoWriMo challenge?