When a person dies, sometimes, they are given judgment and sent straight to heaven or hell. Most sit in purgatory while a select few are given a second chance at life. If they screw up and awaken the monster that sleeps dormant inside us all, it’s my job to reclaim their soul and set the balance of nature right again. My name is Devalynn Rose. After my death, I have been tasked as a Soul Collector.

Kale swept into my afterlife when he got his second chance. While watching his judgment, I cannot unlock my eyes from his. I am left stunned with feelings of déjà vu.

Kellin is also a Collector. We connect on a deeper level and I can’t help the feelings that overwhelm me for him.

Reclaiming souls is a faulty system that desperately needs repair. I am left with two options…to lose my memory and reform the system or keep my memory and nothing changes. With time ticking away, I need to make a choice…but which one?Follow Devalynn as she fights her way through her afterlife and tries to save those that mean the most to her.It didn’t take long for my heart to stop beating. My eyes closed for the last time and death became me…but it wasn’t the end of my life. ~Devalynn 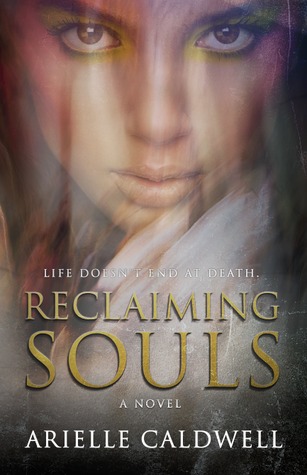 I followed him to the edge of everything, where the stars began and the pavement ended. I stopped, frozen to the spot.

“It’s okay, you won’t fall. Nothing is going to happen to you,” he reached out for my hand as he jumped out and onto a star. I landed on one behind him and he was right. I didn’t fall.

“This is beautiful,” I huffed out as I followed behind him and jumped from star to star.

“Just wait, it gets better,” he yelled back to me.

I jumped onto a small one, my foot barely fitting on it. I wobbled and put my hands out to balance me. We did this for a while. Before I knew it, we were completely surrounded by nothingness. There were some planets around us and we sat on one of the moons as it circled around. For the first time all day, I felt relaxed and completely calm.

“So, do you like it?” he cocked his head to the side, gauging my answer as he rested back on his elbows.

“I love it. Thank you for bringing me here. I needed this. No one around, nothing to bother me; I don’t have to think about working.” I laid back on the ground of the small moon and watched the stars swirl around above us. I counted three shooting stars within just seconds of each other. “Do you like it up here?”

“It beats being down there, that’s for sure. Why?”

“I don’t know, just wondering. I want to remember earth and what it was like to be alive but I can’t.”

“Dev, you have to stop beating yourself up over it.”

“I know.” He laid down next to me and held my hand. There we were; two unbeating hearts, two souls, two people just floating around the solar system. I never wanted to leave that moment.

Arielle Caldwell participated in NaNoWriMo in November 2013. Reclaiming Souls is the finished product. It’s a New Adult Paranormal novel. Make sure to follow her on Facebook or Twitter to keep up with upcoming release dates! Also, be sure to check out her website or reach her through email.

This entry was posted in Blog, Reading and tagged books, paranormal, reading, YA. Bookmark the permalink.