H is for Humanity 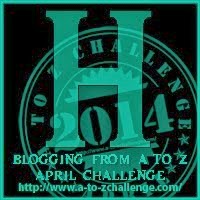 I’m currently editing my novel about robots and tweaking my next book that’s all about cyborgs. Fact is, though, these books aren’t about robots or cyborgs at all. They’re about humans, about that ineffable thing that makes us human beings. At the core of my books is the desire to understand humanity and what it means to be human.

This showed up in my Facebook feed today: 60 Photos that Capture the Human Experience. Looking through those, it hit me that a lot of what I was seeing in those photos are themes I touch on in my books. My android, Quinn, in I Heart Robot even says that humans are confounding, a paradox and ever swirling shades of gray. Some of these photos do perfectly capture the paradox of humanity – our propensity for violence as well as for tenderness, our ability to hate and hurt, but also to love and forgive. This is why I strongly believe that no matter what creatures might populate genre fiction from vampires to androids, aliens to werewolves, what we’re really exploring is the idea of human-ness through varying perspectives.

One of my favourite songs at the moment is by the South African band Civil Twilight. Their song, aptly titled ‘Human,’ has a particularly poignant and relevant chorus:

It’s only love, it’s only pain
It’s only fear that runs through my veins
It’s all the things you can’t explain
That make us human

Before starting an editing session, I like to take a moment and listen to this song, getting into the psyche of my android who simultaneously resents and reveres humans, wishing he had that same unnameable quality that would elevate him beyond being a mere machine.

‘Humanity’ as a concept is sometimes hard to grasp especially when perusing world news and the often gruesome imagery of war and destruction such as recent events in Syria and the Ukraine. These images of a violent, conflict-torn society significantly tarnish my ideal of humanity as an evolved species. But for every devastating image, there are stories like these that help restore my faith in humanity and keep me to motivated to explore these themes in my writing.

What do you think makes us human?

This entry was posted in Blog, Reading and tagged A to Z Challenge, reading, science fiction, writing. Bookmark the permalink.