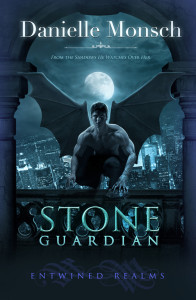 Exciting news! Danielle Monsch, author of the gargoyle novel Stone Guardian, is hosting a Halloween special! Here’s Danielle to tell you more about it…

From about mid-October until Christmas was always a magical and much anticipated time when I was young.

Probably not an uncommon statement from a kid. My mom should have been a party planner, because our house was always decked out for the season. We were the house that people do that double-take with, because looking only once wasn’t enough to take it all in.

Mom’s favorite holiday was Halloween. Since I’m a fantasy/paranormal writer, it’s safe to say that rubbed off on me, and with kids of my own, I enjoy Halloween in a completely new way, with my kids excitement about dressing up and their enjoyment in the *fun* scares.

While her favorite might have been Halloween, Mom excelled in overall holiday planning. My mom was a generous lady. She never liked cooking, but she loved to bake the holiday pies and cookies and other goodies that come with the season, and everyone who knew us came away during the holiday season with loads of culinary delights. If you ask me to name my favorite food ever, it would have to be Mom’s pumpkin pie.

It’s probably because this time was usually so joyous that one memory sits there, lumpy and misshapen and not a fit with the rest.

Don’t ask me how old I was, but I came down the stairs one night – going to get some water I think – and Mom was on the couch, staring at the Christmas tree. The packages weren’t under the tree yet, which was odd since Mom tended to put them under as soon as the tree went up (Mom is not a last minute shopper – in fact, I’m pretty sure her shopping is done in July.) Now I haven’t believed in Santa ever, so it was no question in my mind about who presents come from.

What set this memory in my mind so sharply was my mother’s face the few moments before she realized I was in the room. At the time I didn’t have the words or the emotional knowledge to name what emotions were in play. All I knew was it wasn’t good.

Several years later we were talking, and in the way of conversations everywhere, somehow that night came up, and I asked Mom what was going on.

She confided that when I saw her, the reality of our situation was none of us kids were going to get Christmas presents. It had been a bad year with lots of doctor bills and not as much work as they hoped to get. Maybe they would be able to get a practical clothing item, but certainly nothing beyond that. Then she told me that a couple days after I saw her that night, her uncle heard about our situation. Without her or my dad asking, he went out and got presents for us kids and told her that it was his early Christmas gift to her and he would not accept any money or repayment.

Mom told me she cried while she wrapped them. She told me it was the best gift she’d ever gotten.

While my childhood would never fit in a Dickinson narrative, there were a few years there where we did with minimal, so hearing after-the-fact that no presents was a possibility didn’t surprise me. What did surprise me was the lurch in my chest at the thought of it as a near reality. That didn’t make sense – after all, we were several years past by then, and I was a grown person who understood economic realities.

That lurch, though, was real. And as time has marched on, I think I understand the reason for it, just like now that I’m a mother I understand the look on my mother’s face that night. The holidays were a safe and sacred time. The rest of the year – okay, it’s life, and life happened. But in my memory, the holidays were apart from that, not touched with the ickiness that could happen at other times.

If I didn’t get presents that year, I think that safety and warmth that the holidays (or the thought of) always caused would have disappeared. I wouldn’t have had that protective bubble anymore that helped get me through bad times, and the loss of that would have been a greater tragedy than not getting a doll under the tree.

So while Toys for Tots was not responsible for me getting presents that year, I recognize in a deep and personal way the very good work they are doing.

Toys for Tots is my favorite holiday charity. There are many excellent charities I celebrate and give to, but this time of year my thoughts and my wishes are for the kids who are not in the best circumstances and are in danger of not having a gift under their own tree. It’s not the material item that matters (though it’s always nice to get a great gift, right?) What I never want them to lose is that safe warmth that should categorize the holidays, a warmth that sometimes might be the only thing that gets them through the rest of the year.

Which leads me to the 12 Days of Halloween!

12 Days of Halloween is my (and many other excellent authors) way of having a great time and celebrating the beginning of this wondrous time of year – with giveaways and gifts and raising money for Toys for Tots!

First! My novel Stone Guardian is on a very special sale. From now until Halloween, it is half-off with part of the proceeds going to Toys for Tots! So you get a book for cheaper than usual, and a chunk of the money will be going to an amazing cause! Huzzah!

And on the other side, I’ll be sharing lots of giveaways! Ebooks (donated by many generous authors) gift cards, swag sets, a Coach (!) bag, and finally… 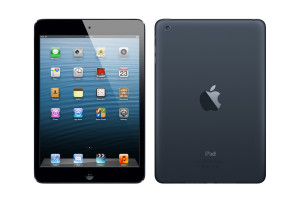 Yes, you read that right – an iPad mini with a special Entwined Realms designed cover set is the grand prize.

Let’s celebrate the beginning to this great time of year, have a great party, maybe win some stuff, and most important of all – support Toys for Tots and make sure they can help a lot of kids this year!

This entry was posted in Blog, Reading and tagged contest, paranormal, romance. Bookmark the permalink.