From driving tests to relationships, Valentina Bell thinks she’s a failure, with a big fat capital F. At this rate, she’s certain she’ll be a virgin for ever. So Lena’s friends plan Operation: Popping the Cherry to help her find the perfect man first time.

Yet somehow disastrous dates with bad-boy musicians and fabulous evenings with secretly in-the-closet guys aren’t quite working out how Lena planned.

Soon Lena’s avoiding Operation: Popping the Cherry to spend time with comforting, aloof Jake, her best friend’s older brother, who doesn’t make her feel self-conscious about still clinging to her V card. But could Jake show Lena that sometimes what you’re looking for most is right by your side?

A FOREVER for the twenty-first century… 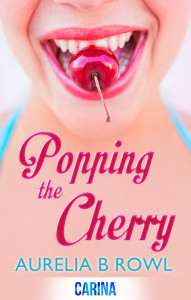 ‘This, my dear Lena, is an intervention.’

Heads turned to look at us, my words coming out louder than intended.

Gemma waited until everybody had gone back to minding their own business. ‘An intervention,’ she said, completely matter-of-fact, using the same tone she’d use to tell me I had lettuce stuck in my teeth. ‘We, as in all four of us—’ she paused for dramatic effect and waved her hand to include Flick, Chloe and Piper ‘—are all agreed that you need our help.’

Flick suddenly seemed determined to avoid eye contact but I refused to let her off the hook. She finally gave in and offered me a small shrug, along with a resigned smile.

The heavy feeling in my gut got even worse. ‘Help with what, exactly?’

Gemma met my glare head-on. ‘You need to lose your virginity.’

‘Pardon?’ I hissed, unable to believe my ears.

‘Don’t you see, Lena?’ she said, not backing down so much as an inch. ‘You have so many hang-ups about sex, you’re like a faulty telephone.’

‘You’re joking, right?’ I forced out a laugh. Gemma jutted out her jaw even further, not even a flicker of a smile. My nails pierced the apple, the juice running down my fingers to form a satisfying puddle on the table. ‘Don’t tell me this is your big plan.’

‘It’s a damn sight better than being dumped.’

‘Whoa, hang on,’ I said, narrowing my eyes to accuse each of them. ‘Are you all saying I should have slept with Damian?’

They all answered at the same time, their voices jumbled together so I couldn’t be sure who said what. At least we were all agreed on something.

‘You can do a million times better than him,’ Flick said.

‘Which is exactly what I said,’ Gemma said. ‘And that’s where we come in.’

‘We had a little brainstorming session and came up with the most wicked idea.’ Gemma reached into her tote and produced a piece of A4 paper with a flourish. I could already see Piper’s cursive handwriting running down one side.

‘It’s good to see you’ve still got your sense of humour.’

Gemma ignored my outburst and started to slide the page towards me, but then she noticed the state of the table. ‘Bloody hell, Lena, what did the apple ever do to you?’ She prised the mangled apple out of my grip and dumped it on my tray. ‘You’ve well and truly murdered it,’ she said, grabbing a load of napkins. She tossed one to me, then used the rest to mop up the juice and bits of pulp. ‘Right, let’s try that again,’ she said, finally getting back to the sheet of paper and offering it to me. ‘Here is your mission, should you choose to accept it.’

In no mood for one of her silly games, I snatched it off her and scanned the page. It turned out to be a list of names, all of them boys, and some of whom I recognised. And then I noticed the title: ‘Operation: Popping the Cherry’. I leaped to my feet and fired a glare at each of them in turn, trying not to shout. ‘Are you shitting me?’

‘So what am I supposed to do?’ I asked, caught in two minds whether to tear the list into a thousand pieces or scrunch it into a ball. ‘Work my way down the list and sleep with them all?’

‘Are you going to at least hear us out before you go off on one?’ Gemma sounded infuriatingly calm compared with my wailing-banshee routine.

‘I don’t even know who half of these guys are.’ I settled for tossing the page back onto the table in disgust. ‘Why not just shove me at the first guy to walk in here and pay him to have sex with me?’

‘It’s not like that, Lena, and you know it.’ Gemma snapped, finally biting back, but, instead of getting drawn into a slanging match, she took a deep breath and exhaled slowly. Composure restored. ‘I know you’re spoiling for a fight, and I know this is hard, but you know we’d never do something like that to you.’

‘Can’t you at least give us two minutes to explain?’

As I stood mulling it over, trying to decide whether to stay or flounce off as I’d intended, I noticed the glances and raised eyebrows being directed my way. Being the only one of our group standing up, combined with my raised voice and Gemma’s hissing, I was drawing way too much attention. All of the fire left me and my legs gave way before I’d made the conscious decision to sit back down.

‘Thank you.’ Gemma seized the opportunity and slid the list back across the table. This time, she kept her hand on it as if expecting me to try to destroy it. She wasn’t wrong. ‘These are just a few of the names we came up with. Guys we thought you might like, but wouldn’t necessarily think of yourself. Now it’s your turn to add your own potential candidates to complete the shortlist.’

‘Candidates? You make it sound like some kind of election.’

‘In a way, it is,’ Chloe said, speaking up for the first time. ‘Take a look at the list and get to know some of the guys on there that you don’t know already. Go on a few dates maybe. And then you cast your vote.’

‘Uh-huh.’ Chloe lowered her voice, ‘You have s-e-x with them.’ She even spelled out the word ‘sex’ as if it would deter eavesdroppers and lessen the impact.

‘And this is the best you could come up with? Your brilliant plan?’ I said to no one in particular. ‘What happened to saving yourself? Waiting for the right person?’

‘Saving yourself? This isn’t the 1950s. All you’re doing is missing out on something fun. No guy expects you to be a virgin on your wedding day these days, so you might as well get it over with.’

‘Get it over with? Jeez, Gemma, you make it sound like going for an injection?’

‘Let’s just hope it’s more than a little prick when the time comes, then, eh?’ she said, waggling her eyebrows up and down. Her quick-witted innuendo earned a chorus of giggles. I didn’t want to give her the satisfaction of making me smile but—damn it—the corners of my lips were curving up whether I wanted them to or not.

‘Exactly.’ Gemma grinned at me, looking mightily pleased with herself. ‘You see, ladies, I told you she’d get it,’ she said, exchanging high fives with the others. ‘So what d’you say, Lena? Are you up for it?’ 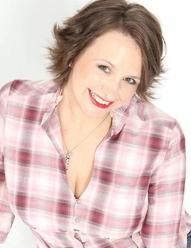 Aurelia B. Rowl lives on the edge of the Peak District with her very understanding husband, their two fantastic children, and their mad rescue mutt who doesn’t mind being used as a sounding post and source of inspiration. She regularly wows them all with her curious, hastily thrown together meals when she gets too caught up with her latest writing project… or five!… and she has developed the fine art of ignoring the housework.

Aurelia writes Young Adult/New Adult crossover fiction and contemporary romance. She is currently busy writing the standalone companion novels to both Popping the Cherry and Christmas is Cancelled.

To find out more about Aurelia, you can visit her website: www.aureliabrowl.com or you can find her hanging out online, far too often, at the following: