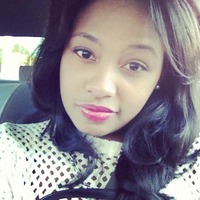 M. Lathan lives in San Antonio with her husband and mini-schnauzer. She enjoys writing and has a B.S. in Psych and a Masters in Counseling. Her passion is a blend of her two interests – creating new worlds and stocking them with crazy people. She enjoys reading anything with interesting characters and writing in front of a window while asking rhetorical questions … like her idol Carrie Bradshaw. 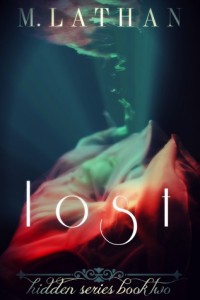 Three months ago, Christine Grant found herself, her love, and impossible friends, while losing the memories of the biggest piece of her past.

Now, her powers are spinning out of control and must be tamed by the woman who saved the world, the same woman Christine is predicted to kill in less than a month.

Wanting to punish catty girls was just the beginning. It’s only a matter of time before she discovers that the world is not as safe from her as she hoped it was.

Fear stole my breath as I plummeted into frigid water. I flailed my arms and legs, uselessly trying to swim against the current. The haunting voice of a child sang “The Star-Spangled Banner” as I sank deeper.

I fought my way to the surface only to be taken again. The little girl droned, “And the rockets’ red glare,” as water rushed into my lungs.

I wasn’t alone. A blurry figure struggled near me, both of us sinking, drowning in red tinted water. Blood. It swirled with the suffocating blue, an inescapable villain dragging us deeper and deeper.

We were two helpless bodies adrift in a world with no air or hope, no chance of survival. The white lights glowing beneath us looked welcoming and safe. The figure gave in. Its lifeless body sank towards the lights as the little girl sang, “And the home of the brave.”

I woke up, pouring sweat, in Nathan’s bed.

With his eyes closed and mouth open, he rolled away and yanked the blanket off of me, attending to my needs in his sleep. I shrugged off the creepy dream of me drowning. Over the last three months, I’d dreamed plenty of things that hadn’t happened. Nate had held me underwater in the pool earlier. I was sure that moment had just followed me to sleep. The odds of it being a vision were low.

It had been almost two months since I stopped letting myself have them or use any of my powers. They were getting worse as I used them openly for little things. I would try to move something, and it wouldn’t just lift. It would slam into the wall before I felt it moving. I didn’t know mental powers could grow, develop even more than they already were. They were getting faster, stronger, and wilder, so I was back to suppressing them like I had at St. Catalina. Life was simpler that way, normal. Or as normal as living with three magical beings that should be extinct could get.

I closed my eyes to force myself back to sleep, and an angry snore rattled Nate’s throat. I reached on his nightstand for my phone. He wouldn’t be able to deny this one. Another series of snores ripped through the silent pool house just as I pressed record. I laughed, and he opened his eyes.

“Smile, baby,” I said. He groaned and reached for the phone.

“What are you doing?”

He wrestled my new phone from my hands and held it out of my reach. “How do I stop the video?”

He grunted and threw the phone to the foot of his bed. “That thing is too expensive to be so complicated,” he said.

“It’s not complicated. It’s probably just made for humans and you’re-”

He grabbed me and wedged his fingers under my arms before I could tease him about the side of him that barks. “I’m what? What am I, Chris?” I squealed, flopping around in his arms like a dying fish.

“Handsome!” I offered, to end the tickle attack.

“Smart. Kind. Loving. Sexy!” He relaxed his fingers and slid them from my armpits to my back. “Which one did it?” I asked.

“Sexy,” he whispered and kissed me. And that was really all it ever took to kick things off between us. Steamy kisses, roaming hands.

That was how we’d spent most of our time during our three-month-old relationship – in my bed, in his bed, in the common areas when we had the house to ourselves. I kept waiting for this to get old, his lips on mine, but every kiss felt like the first, and like I’d die if it were the last.

This entry was posted in Blog, Reading and tagged Lost, M Lathan, YA paranormal. Bookmark the permalink.