Authors, Get Out There and Promote Yourself! 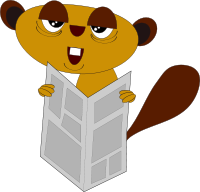 A couple of months ago I started working for Entranced Publishing as a publicist, that’s pubLicist not pubicist – there has been some confusion. I have some experience with publicity having been through online marketing for two of my previous books. I thought I knew what successful publicity entailed: online campaigns + cover reveals + virtual blog tours + social media presence = guaranteed success. In the past two months I have learned that that’s really just the tip of the ice berg.

Since working with Entranced Publishing, I have had the privilege of working with some fantastic marketing professionals and I have learned so much, so I thought I’d share the most salient points with you.

1) Start Early. The sooner you can get the book out there, the better chance you have of gaining readers. There’s a reason the Big Six/Five do cover reveals sometimes a year before a book is released. It makes readers desperate for the novel, so desperate they’ll pre-order guaranteeing at least a few sales prior to the book even hitting shelves.

2) Be Creative. Generic posts with blurb and book cover may disappear into the jungle of new titles released on a near daily basis. The more creative the marketing campaign, the more likely you are to snag the attention of readers.

3) Don’t Stop. A cover reveal and blog tour are very effective at gaining visibility at the time of release, but once the blog tour is over, you can’t stop with the marketing. This is where the true publicity starts to turn those interested readers into reviewing fans of the novel.

4) Reviews Count. Reviews can make or break a novel. Do not underestimate the power of reviewers and always treat them with the respect they deserve even if you don’t like what they say about your book.

5) Promote Yourself. This was one of the most difficult lessons for me to learn. I’m quite happy to sit behind my computer interacting with people online, hoping that readers will discover my book and love it enough to spread the word without my active participation. While online marketing and word-of-mouth is fantastic especially for ebooks, don’t underestimate reaching out to local bookstores.

Inspired by my work with Entranced Publishing, I reached out via email to two local bookstores asking if they’d be interested in taking my book on consignment. Of course, both venues required an in-person meeting prior to accepting my offer. I was terrified! Promoting myself online is one thing but saying ‘hey look, this is my book and it’s awesome’ face to face is something I was not comfortable with. But, I put on my big girl author panties and did it. The result? Obscura Burning is now being sold by multiple stores in a local chain in the city. I also got to attend an international book fair and stand beside a pile of my own books, greeting customers and chatting about my title. I didn’t sell many copies but that’s not the point – the point is that I put myself out there and managed not to choke talking to readers about my book in a very public, in your face kind of setting. Obscura Burning will also be one of the titles available later this year at an alternative book fair run as part of the biggest book event in the country!

I also have my very own author event scheduled for later this year, at an international bookstore whose newsletter goes out to THOUSANDS! Yes, my name and my book are going to be on a newsletter read by thousands all over the world. And all that took was a moment of courage and a 30 minute chat to the rather delightful owner. It can be done.

How do you feel about authors promoting themselves? As a reader, what campaigns have you found enjoyable/annoying?