Why I wanted an agent and other stories

For many writers, there are well defined stepping stones paving the road to traditional publishing success. 1 – write a novel 2 – edit and revise 3 – devise a query 4 – query agents 5 – sign with agent 6 – pitch to editors 7 – sign publishing contract. Easy as that, right? Follow all the steps and you’re guaranteed a spot on the New York Times bestseller list, right? WRONG! And this is something few non-writers really understand, that it takes more blood, sweat and tears than the Olympics just to complete step 1!

This week I signed with a New York agent, no mean feat considering I live in Finland. Now that I have an agent, what does that really mean and why did I want an agent in the first place?

Why I wanted an agent:

So far, I’ve been pretty lucky that a lot of hard work and hours spent at the computer have translated into two indie publishing deals, first for Dragon’s Teeth and more recently for my YA book, Obscura Burning. Indie presses are fantastic. They’re far more willing to take a risk on a story that blurs genre boundaries, that flounces convention and that may prove tricky to market for the big traditionalists who like knowing exactly where to put your book on the shelf. I am super proud of my indie endeavours and I do call myself an author and consider myself a writer even though I’m *only* published by indie presses. The self-deprecation that goes along with the indie tag is really quite annoying for those of us who are indie and proud of it.

That said, I am frustrated by the number of doors closed to me as an author, the number of publishers who only accept agented submissions and the general attitude that you’re clearly a lesser writer if you can’t snag an agent. I wanted an agent because I wanted someone in the industry to see my story and believe in it, to love the characters the way I did and to see beyond the genre tag to the core essence of the story itself. I’ll be forever grateful to Jordy Albert for doing just that.

In November last year, I started writing a story based around a certain fallen angel (not Lucifer). The first novel attempt resulted in a story that was just lacking something, lacking some human connection and straddling the divide between YA and adult. I regrouped, brainstormed and in a writing frenzy that lasted less than three weeks, I rewrote the 80k novel shaping it into what became Daughter of the Nether. This YA story I entered into the Amazon Breakthrough Novel Award competition and never expected to get past the query stage. I ended up being a semi-finalist! My book, in the top 1% of entries! That gave me the confidence I needed to query the book.

I queried in batches, tailoring queries to the specific agent and Jordy was amongst the first twenty-odd queries I sent out. Within a few weeks she asked for a partial, that turned into a request for the full. A few weeks later, I received an email asking for a revise and resubmit according to her editorial letter. Her suggestions were valid and upon revision I couldn’t believe how many little inconsistencies had slipped through. I revised, I resubmitted and I waited. The waiting is the worst part. Of course in those 4 months, I had queried widely and received several other requests for fulls, and some fantastic feedback from others agents as well, and a bucket load of rejections. Almost exactly four months after querying Jordy, after having to complete every single possible step between query and offer, I received an offer of representation. It felt like winning the lottery and then it didn’t. While it did have something to do with luck, it had a hell of a lot more to do with hard work and perseverance – that or I was just too damn stubborn to admit defeat.

What does having an agent mean really? It means that doors are now open to me, editors I could never have approached on my own will actually have the opportunity to review my work, to consider it for publication. Having an agent is no guarantee of success but it certainly helps. But agents are more than just keys to the publishing kingdom, they are a little bit editor, a little bit critic, a little bit fangirl and a lot cheerleader, encouraging us writers not just to write a good book but to write the best book we can and that’s why I love having an agent. I’m already viewing my WiP with new eyes, with Jordy’s voice in the back of my mind, helping me to iron out inconsistencies and up the ante for my characters.

Does everyone need an agent?

Certainly not and not every writer even wants one. That’s a completely personal decision and no writer should feel pressured into trying to find an agent as some sort of validation of their ability.

In closing, I believe in my story and I believe it will find a home with a publisher and one day grace the shelves in your local book store 🙂 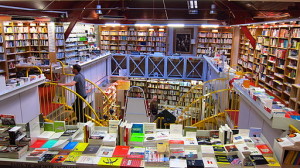 What’s your view of the whole snag-an-agent process?

This entry was posted in Blog, Publishing, Writing and tagged agent, getting an agent, indie publishing, publishing, writing. Bookmark the permalink.