The Guardian’s Wyrd – A Character Interview

Today I’m delighted to welcome fellow South African Nerine Dorman to Off the Page chatting about her new YA book, The Guardian’s Wyrd. 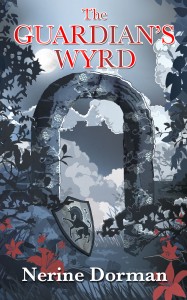 Sometimes having a fairytale prince as a best friend can be a real pain. Jay didn’t realise that sticking up for Rowan, the gangly new kid at school, would plunge him into the dangers and politics of the magical realm of Sunthyst. But if anyone is up for the challenge it’s Jay September. With his trusty dog, Shadow, at his side, he braves the Watcher in the dark that guards the tunnels between the worlds, and undertakes a dangerous quest to rescue the prince. It’s a race against time – can he sneak Prince Rowan away from under King Lessian’s nose and bring him safely back home – all before the prince’s sixteenth birthday? Or is Rowan’s mother, the exiled Queen Persia, secretly trying to hold onto her power by denying her son his birthright? Jay is ready for anything, except, perhaps, the suffocating darkness of the tunnels. And that howling…

Take it away Nerine… and Jay…

Many thanks to the fabulous Suzanne to have Jay September over. He’s the unlikely hero of my novel, The Guardian’s Wyrd, which was recently published by Wordsmack, a new South African publisher of fantasy and science fiction. So, over to Jay, who’s here to subject himself to a little Q&A:

1. Who are you and what makes you special?

I wouldn’t exactly have called myself special, at least not until the time I stood up for my buddy Rowan, but yeah, I’d consider myself the kid no one wanted on their team. Personally, I just don’t see the point in hanging out with the other kids in my school. They just want to surf or skate or do the other stupid stuff I’m not interested in. And, since I’m not exactly Mr Popularity, it’s not like the girls are falling over to hang out with me either, hey.

So, it’s pretty much just music, music and more music. I can’t wait to finish with school so I can go study music at university. Hopefully when I’m there I’ll meet other guys (or girls) who want to start a band. My brother’s in a band, so I sometimes get to jam with him, but I can’t go attend any of the gigs yet because I’m underage. It’s very frustrating.

Oh, there’s the not-so-small point of the magic that’s found its way into my life, but I’m not going to say any more than that because I don’t want to spoil the story for you, okay?

My mom thinks it’s a stupid idea, because it’s not a real job (according to her) but I want to be in a rock band. Just like my brother. He’s starting to get paying gigs now and they’re talking about recording their first album. Some of his other friends have gone overseas on tour, so I know it can be done. It’s lots of hard work but I’m prepared to do it.

Somehow injuring my hands. You have no idea how badly that scares me. Going deaf is also pretty high up on the scale of Terrible Things. Oh, and yeah, I know it’s kinda stupid, but I really don’t like the dark. I always feel like I’m going to choke when I go into a room where I can’t see where the light switch is…

4. Are you presently in love, or do you hope to find someone special?

Like I said, I’m not exactly a hit with the girls. Sure, there’s one or two I think are kinda cute… but they don’t return my feelings.

One word will sum it up: INSANE. But really, everything I thought I know got thrown out the window. I found a new best friend I wasn’t looking for and I went on a crazy adventure into a whole other world. Narnia has nothing on this.

6. If you could change one thing about your past, would you? If so, what would it be and why?

I don’t really regret anything, but I think I would’ve been nicer to Rowan a lot sooner. He’s a bit of a brat at times, but now that I’ve gotten to know him, he’s a lot of fun to hang around, even if he has this amazing ability of drawing trouble.

7. If you could be any animal, what would you be and why?

Oh, I like dragons. I really, really dig them. The whole idea of flying and breathing fire, and striking terror into people I don’t like. I don’t even want to tell you how many times I’ve fantasised of burning down the school assembly hall when the headmaster is droning on about something awful someone’s done to break the rules. Now that I know there’s a whole different world out there, or rather other realities, there’s a small part of me that’s hoping I might see dragons. But I’m also wary of the fact that if I do ever encounter a dragon, it might not be exactly what I want to do. 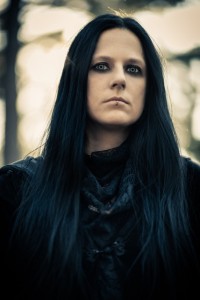 An editor and multi-published author, Nerine Dorman currently resides in Cape Town, South Africa, with her visual artist husband. Some of the publishers for whom she has edited works include Dark Continents Publishing and eKhaya (an imprint of Random House Struik). Her fiction sales include works to Dark Continents Publishing, Wordsmack, Tor Books, Apex Publishing and Immanion Press. She has been involved in the media industry for more than a decade, with a background in magazine and newspaper publishing, commercial fiction, independent filmmaking, print production management and advertising. Her book reviews, as well as travel, entertainment and lifestyle editorial regularly appear in national newspapers and online. A few of her interests include music, travel, history, Egypt, art, photography, psychology, philosophy, magic and the natural world.

This entry was posted in Blog, Reading and tagged books, character interview, fantasy, reading, YA. Bookmark the permalink.