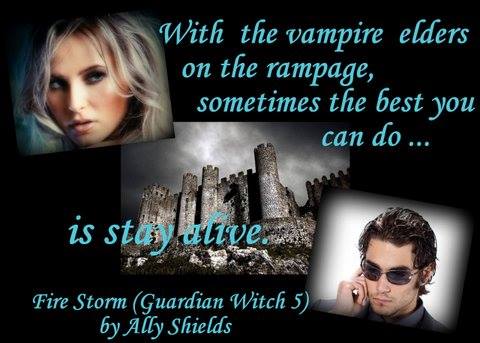 Sometimes you just need to stay alive to fight another day.

Six months ago Ari moved in with the vampire prince Andreas. They defied the vampire elders in Europe, killed their enforcer, and have waited for retaliation that never came.

Until now.On a trip to Italy, Andreas is captured by the vampire rulers, the notorious O-Seven, and taken in chains to their stronghold in Germany. Ari goes after him, even though it’s against the orders of her Magic Council. She is fired for her actions, losing her special Guardian powers at a time she needs them most.

But the vampire rulers are not through with her or with those who attempt to help her. They launch attacks in Europe and at home in Riverdale. Ari is forced to fight them on several fronts, and victory grows increasingly uncertain.

Her last chance to rescue Andreas is a daring plan that places her in the hands of the O-Seven and relies on untested witch magic, the final hope for their survival. 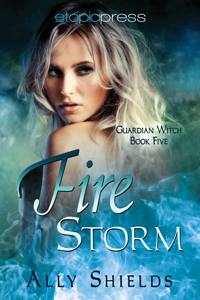 Ari dragged her feet as she climbed the front steps of the Victorian home she shared with Andreas. They’d talked twice during the day. He’d called right after he first awoke, concerned when their magical link telegraphed her unsettled mood. She’d brushed him off, saying it was nothing important, but he hadn’t believed her. There were definite drawbacks to having a strong psychic connection to someone. It made it impossible to lie with impunity.

He’d called again, later in the evening when she was beginning patrol, but she’d delayed the discussion again until she got home. Well, she was home now and not looking forward to the coming rehash of her meeting with the wizard.

She keyed in the front door code, raising a brow when Andreas pulled it open. “Hi, I figured you’d be at the club.”

A slow smile parted his lips, and his dark eyes gleamed. “No, you did not. You knew very well I would be waiting.” His magic reached out to brush against her skin, a warm, soothing sensation.

She sighed. “OK, so I figured you’d be home, but not manning the front door.”

“I wanted to give you these.” He pulled a bouquet of daffodils, her favorite flower, from behind his back. “You sounded like you could use a little TLC. Consider this my first contribution to that end.”

She tipped her head and took a long look at him. The black wavy hair, the sexy dark eyes with those incredible long lashes. His black Armani jeans and the bluish-silver silk shirt unbuttoned at the throat couldn’t have fit him better. Long, lean, muscled. And he shared his life with her. Ari smiled and leaned forward, resting her head against his chest. Did he know what one look, one gesture from him could do? And how much she’d come to count on it?

She turned her head to bury her nose in the fresh, delicate scent of the bouquet. “I won’t even ask where you found them at this time of year. But thanks, I guess I needed this.” She raised her head and brushed her lips across his. “You’re too good to me.”

He wound an arm around her waist. “Always glad to help, but dinner awaits, and we can talk afterward.”

Andreas steered her toward the study, his favorite room. She was delighted but not surprised to see a candlelit table and bottles of wine. This wasn’t the first time he’d arranged intimate dinners brought in from Club Dintero, his fancy supper club. Nor was the dinner menu a surprise when he pulled the silver cover off her plate to reveal chicken marsala. It was her favorite fancy dish. Well, fancy when compared with the sandwiches, chips or fries that she often grabbed on the run.

As he pulled out her chair, his fingers brushed her neck. Her breath quickened, and he responded with a deep chuckle. She smiled up at him, and an understanding passed between them. They’d been together long enough that the unspoken promises were comfortably tucked away for later.