Cover Reveal: The Year We Fell Down

She never expected to start Harkness College in a wheelchair. But after a serious accident, Corey Callahan knows she’s lucky to show up on move-in day at all.

Across the hall, in the other handicapped-accessible dorm room, lives the too-delicious-to-be real Adam Hartley, a would-be hockey star with a leg broken in two places. He’s way out of Corey’s league.
Also, he’s taken.
Nevertheless, an unlikely alliance blooms between Corey and Hartley in the “gimp ghetto” of McHerrin Hall. Over tequila, perilously balanced dining hall trays, and physical therapy sessions, the two come to terms with the kind of vulnerability that others just don’t understand.
They’re just friends, of course, until one night when things fall apart. Or fall together. All Corey knows is that she’s falling. Hard.
But will Hartley really set aside his trophy girl to love someone as broken as Corey? If he won’t, Corey will need to find the courage to make a life for herself at Harkness — one which does not revolve around the sport she can no longer play, or the brown-eyed boy who’s afraid to love her back.
And now for the cover… 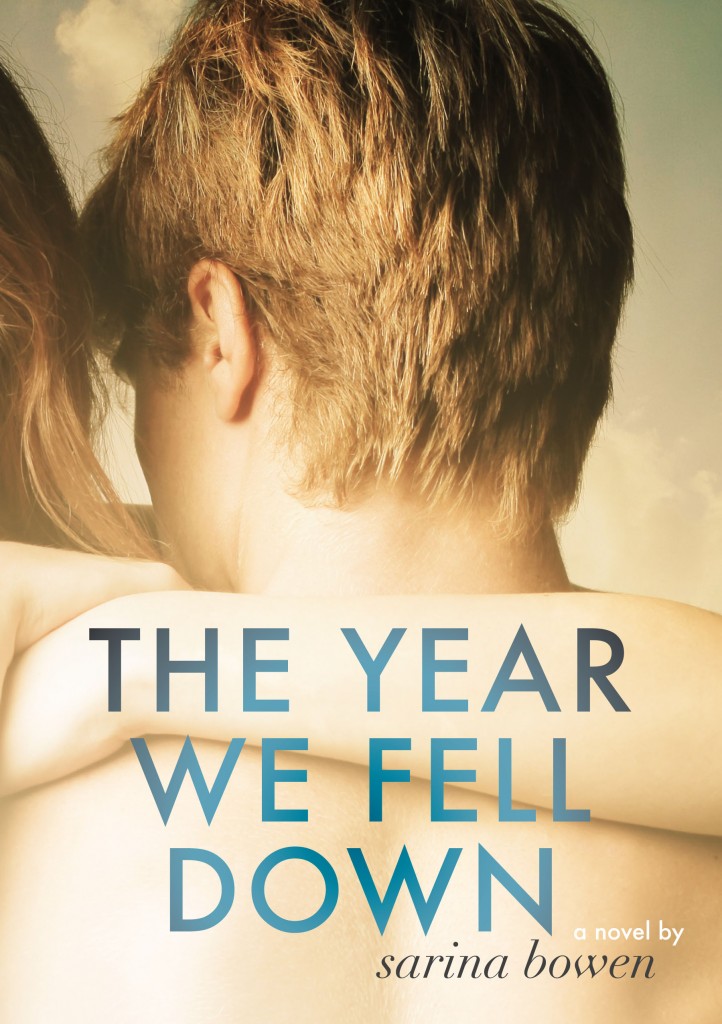 The Year We Fell Down is a NA Romance coming March 2014!

Will you be reading it?