Magick and destiny intertwine as he fights to save his kingdom and the goddess he loves.

Her kiss…the feel of her skin…the beat of her heart…For seventeen-year-old Kellen St. James, each memory is marred by a single sentence on a lone strip of paper.

Cali has been taken…Armed with an amulet that channels the ultimate power of Faerie, Kellen searches for his love. However, control of the amulet’s energy comes with a price, and Kellen soon learns that Cali’s captor has plans for the stone. With the threat of the Star Catcher’s evil looming above Kellen and his kingdom, he’ll have to free the Heart of Faerie and break the curse the binds the Children of Danu to the darkness. But before that, he has to find his real father, the king. No pressure, right?

Kellen and Cali will battle bewitched armies and unknown foes as they fight to stay together. Will Kellen embrace his immortal destiny? Or will his world, and the man he is fated to become, be destroyed by The Star Catcher? 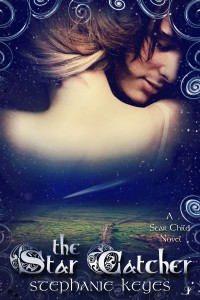 When we reached the top, the organ dude stopped playing immediately. He slid off of the stool, and then backed into the corner to allow us access into the cramped space. “Who are you? What are you doing here?” He tugged at his suspenders, running his fingers on the undersides.

I tripped on a couple of mud-splattered tennis shoes on the floor as I tried to make room for Singer. She looked at Organ Dude and put a finger to her lips before examining the instrument.

“Reginald Vanderkeller.” I held out my hand in a single fluid motion. “American Guild of Organists. You’re a finalist in our contest, but we have to do an inspection first. If you could give us some room?”

Singer was probing along a cluster of round, white things above the keys. “We’re not looking for a stop sign, we’re looking for an organ stop.”

“Are those stops?” I asked.

“Who are you?” the organist demanded again. “You can’t be from the AGO if you don’t know what a stop is.”

The organ dude was kind of condescending. I was tempted to go all Big Bird on his ass and make him pee his pants. Instead, I cut the guy a break. We had busted into his loft, after all. “She’s in training.” I placed a hand on Singer’s shoulder. “I have to ask her questions in order to test her. Please, if you could give her a moment.”

Singer continued searching. “Anyway, a stop keeps the pressurized air—they also call it wind—from flowing into the pipes so the organist can control which pipes sound. It lets them have different sounds like reed and cheesy saxophone and stuff.”

“I’ve never liked the saxophone one much either,” Organ Dude said.

I glanced at him, and he shrugged. “How do you know all this?” I asked, turning back to Singer. “Besides your studies with the AGO, of course.”

“Dad used pipe organs in some of his recordings. I paid attention. He liked to bring me to the studio.” Singer continued to examine each stop until she paused. A sly smile formed on her face as she pressed a button.

The faint clicking sound filled the quiet loft. The organ swung forward a bit, like it was on a hinge or something. What had we found, exactly? 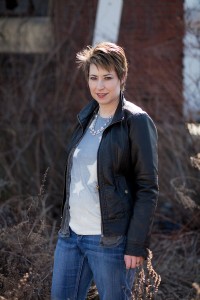 Stephanie Keyes has been addicted to Fantasy since she discovered T.H. White as a child and started drumming up incredible journeys in her head. Today, she’s still doing the same thing, except now she gets to share those ideas with readers!

When she’s not writing, Stephanie is also a graphic designer, international speaker, teacher, musician, avid reader, and Mom to two little boys who constantly keep her on her toes. In addition, she’s best friend to her incredible husband of eleven years.

Mrs. Keyes holds an undergraduate degree in Business and Management Information Systems from Robert Morris University and a M.Ed. from Duquesne University. She is a member of the Society For Children’s Book Writers and Illustrators (SCBWI), as well as a featured author in the global group of writers, Love a Happy Ending.com.

Keyes is the author of the YA Fantasy series, The Star Child, which currently includes The Star Child (September 2012) and The Fallen Stars (April 2013), both released by Inkspell Publishing. She is currently hard at work on the third book in the trilogy, The Star Catcher.