Second Verse, Same As the First

Today I am thrilled to have fellow South African author Christine Porter at Off the Page chatting about her book Perils beyond the Waterfall and writing sequels. 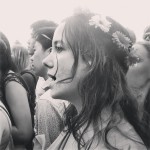 Christine Porter is a South African-born writer of children’s fantasy. Born and raised in Pretoria, Christine has always been a firm believer in holding onto her inner child. By delving into her own fantasy world, Laenutia, she is doing just that. An avid traveller, she enjoys immersing herself in cultures other than her own, and using these experiences to build fuller worlds, and more interesting characters.

Second Verse, Same As the First

Writing a follow-up is hard. Really hard. It doesn’t matter if it’s a sequel, a different story in the same setting, or a completely unrelated novel in an entirely different genre, writing your second book is just as difficult, if not more so, than writing the first.

For some distant and unfathomable reason, I thought that once I’d finished writing my first manuscript, the rest would be a cake walk. It didn’t occur to me that the second manuscript would be faced with the same roadblocks as the first. For starters – as anyone who has ever fancied themselves a scribe knows – it’s easy to start writing a novel. Finishing it is the difficult part.

I am currently sitting on three manuscripts already begun – two in the Laenutia series, and one unrelated tale for a slightly older audience – and have reams of notes for four more. For the life of me I cannot figure out how to resolve any of them.

Add to this the pressure of the second novel. We know that many well-known authors have a tendency to fall flat in their second offering. This problem exists for lesser-known authors too. There is a (largely self-induced) desire to surpass what has gone before; to outdo yourself. And a fear of not measuring up to your past self. This leads to a lot of scrapping of many many words.

Lastly, to my great horror, I realised that being a grown-up makes it that much more difficult to find time to sit down and write. Having written most of Peril while in University (or unemployed), I had hours at a time to sit and daydream. Daydreaming is vitally important when you write fantasy. You have to walk the paths in the places you’ve dreamt up. You have to smell the smells, see the colours, touch, taste… You have to experience every nuance. How else do you properly communicate this world that exists only in your mind to others? How else do you make sure that this world expands into someone else’s mind? Being a grown-up involves so much admin. Admin does not allow time for daydreaming. Or that equally important companion to daydreaming, known to many as ‘research’.

Now, bear with me. I’m not just arbitrarily ranting here. I am working towards a point. And it is this. Writing is hard. You may gasp, but it’s true. It doesn’t get any easier. Whether you’re writing book one, or book one hundred, it will stay hard. Whether you’re writing in the dodgiest hostel in Bayswater sipping tepid tea, or a on a hotel balcony overlooking Table Bay, it stays hard.

We do not write because it’s easy. We do not write to make money. Yes, everyone secretly hopes they’re the next JK Rowling or even Dan Brown (seriously, he’s loaded). Some of us would settle for being Agatha Christie or PG Wodehouse – who made money because they published hundreds of novels. But most of us do it because we want to. We love to write, even when it’s hard, and we want someone to share our worlds with us. It doesn’t have to be millions of people. One or two randoms thinking “I’ll have that” and clicking the download button is plenty. And sometimes that acknowledgement is enough to motivate us to write the next page. 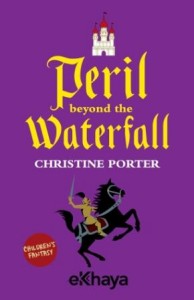 Peril Beyond the Waterfall is the first book in her Laenutia series. It is a collection of stories taking place in the same fantasy realm. Her vision for this series is to bring across a simple message: Anyone can be a hero.

In Peril Beyond the Waterfall, we follow the journey of a young boy, Jeremiah, as he is pulled further and further into the Royal intrigues of a country he didn’t know existed.

As a writer, how do you handle writing sequels? As a reader, do you prefer series or stand alone titles?