Why Authors Should Watch TV

Today I’m pleased to welcome Jordanna East to Off the Page chatting about her new book and the benefits of watching TV. 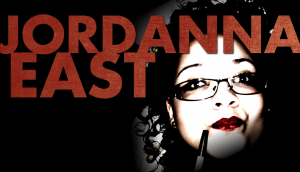 Jordanna East readily confesses that she started writing a novel one day when she was broke and unemployed. Her cable had been turned off. SHE WAS BORED. So she sat down on her bed and started writing…and she hasn’t stopped. Though, now she has cable and pens her Psychological Thrillers at an actual desk. Blood in the Past is the prelude novella to her debut Blood for Blood Series, which follows three lives entwined by deaths and consequences, revenge and obsession. Blood in the Past is scheduled for release June 19, 2013.

Benefits of the Boob Tube

I follow a lot of authors on Facebook and Twitter and I try to keep up with various forum on Goodreads, Shelfari, and LibraryThing. What I’ve recently learned is that an overwhelming number of authors shun television. I don’t know if they consider their literary prowess to be above the act of watching TV or if they view the activity in itself to be severely lowbrow. Or maybe they just spend all their time writing. Regardless, I think shunning television is a grave mistake. And here’s why:

All I’m saying is, it’s okay, and even beneficial, to veg out in front of the TV once in a while! So grab that remote control! 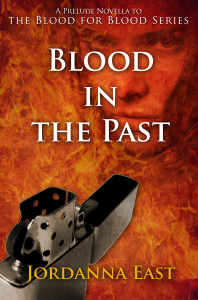 Jillian Atford falls for an older man, a handsome Philadelphia cop, whose mystery is that he’s married, a reality Jillian refuses to accept. Lyla Kyle finds her mother dead on the floor from an apparent suicide. She blames her philandering father and wastes no time taking her revenge. Detective Jason Brighthouse Sr. is in the wrong place at the right time to attempt to save a colleague from his burning home. When neither of them make it out alive, his teenage son can only harp on their last argument. He shoots himself in the head…with his father’s gun.

Three lives. Three deaths. One story. To understand the future, you must visit the past.

Do you think watching TV can benefit you as an author? Do you prefer reading or watching TV?

This entry was posted in Blog, Writing and tagged Jordanna East, TV, writing. Bookmark the permalink.