In Defense of Pantsers!

Today I’m pleased to welcome Jayne Denker, my agency-sister, to Off the Page chatting about pantsing and why it isn’t a bad thing. 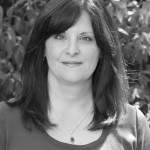 Jayne Denker lives in a small village in western New York with her husband, son, and a lazy cat. When she’s not hard at work on another novel, the social media addict can usually be found frittering away startling amounts of time on Facebook. Check in with her there (“Jayne Denker Author”), at her Web site or on Twitter: @JDenkerAuthor. 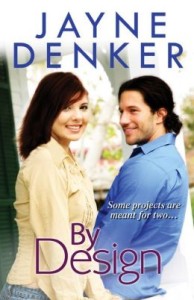 Coffee or tea? Forget it. Star Trek or Star Wars? Pah. Dogs or cats? Please. In the writing world, the most intense debate is “plotter or pantser?” What do those odd terms mean? A plotter outlines the entire book in detail before writing a word, while a pantser starts writing immediately—perhaps with a few specific plot points in mind, perhaps not—and just lets the story unfold on its own.

I’m a complete pantser—and proud of it. I start with an idea, or a title, or a character, and just roll with it. In my first published e-book, the romantic comedy By Design, the main character, Emmie, popped into my head, foibles, insecurities, and all, and I just decided to start telling her story…whatever it was. All I had to work with at the start was one line of dialogue that kept running through my head: “She’s got my life.” Emmie was jealous of somebody. Now, who was it? And why was she jealous? When I found myself boggling at how the new-at-the-time intertubes wonder, Facebook, had gotten me back in touch with old classmates, I somehow knew that Emmie was envying a “perfect” girl she’d known in high school. That turned out to be the angelic-looking (but not angelic-acting) Juliet. I picked a profession for Emmie (interior designer) and just started writing to see what happened.

Fortunately, it turned out great. I’m a natural pantser. While I respect the heck out of plotters—I admire their discipline and patience—I do my best work pantsing. And I’m not alone in daring to walk that tightrope without a net. In a recent interview, Lauren Graham said she wrote her new novel, Someday Someday Maybe, just to have something to do on her days off during the taping of her TV series Parenthood. She wrote the first hundred pages for fun, but when a publisher bought the book (unfinished! ah, the perks of being a celebrity!) she realized she was going to have to make it all make sense and fit together, and the pressure was on.

I imagine there’s more security, more peace of mind, in being a plotter. Plotters are probably less likely to have a creative crisis of the “How do I get there from here?” variety, like pantsers do. Plotters have more time to spend working on details and nuance instead of the plot, while pantsers spend that time staring at a blinking cursor, trying to figure out what happens next.

Pantsers are more likely to write themselves into a corner, but they have a heck of a lot of fun getting out. It’s a scary way to work, but it’s worth it when you have a moment of insight, where an idea pops into your head (for me, it’s usually while showering—I need to buy those kids’ crayons that write on tile), and suddenly everything makes sense. It’s like finally spotting the puzzle piece you’ve been looking for for half an hour, and it was right under your nose the entire time (albeit lost in the shag carpeting).

Sure, it puts a lot of pressure on the writer to make everything “fit” by the end of the story, but somehow it all comes together, often in almost a magical way. I love those serendipitous moments when, without warning, your plot takes a turn that you never saw coming, or your characters do or say something completely out of the blue, taking over the story and relegating me to the status of court stenographer, merely recording their actions for posterity, as if they’re saying in exasperation, “Oh, let us do that before you make a bigger mess of things.”

In one instance when I was writing By Design, I was a bit apprehensive about writing the big “seduction scene.” Emmie invites Graham, the hero, to her house. She puts on some sexy lingerie, lights a fire in the fireplace, the whole shebang. I thought I knew where the scene was going, but all of a sudden, at Emmie’s most alluring moment, she and Graham sat back and started laughing. It broke the tension—in a good way—but I hadn’t planned on that! I left it in because it was better than anything I thought about doing, and it revealed a lot about the positive, relaxed nature of their relationship.

Of course, sometimes I wish I was a better plotter—usually when I’m up against a deadline and the brilliant ideas hide from me until the last minute. I do try. For my subsequent novels, Unscripted (publishing August 1) and Down on Love (publishing in November), I had to create outlines for each book at my editor’s request. But that didn’t mean I stuck with the outlines. Fortunately my editor’s an understanding sort who knows actual stories might deviate from the plan, and mine always do.

It’s not that I don’t keep notes on my stories, though. For each one, I have a chaotic-looking collection of ideas collected in a Word document, accented with arrows and asterisks and all caps and colored fonts. As the story develops, I proudly put a check-mark (Alt+V) beside each plot point or detail that fits into the final version of the story, and I bump all the stuff that didn’t make it in below a double line at the bottom of the document.

My notes are always an unholy mess, and I was embarrassed at my “method”…until I saw an article in the Daily Mail featuring photos of the notes famous authors like J.K. Rowling, William Faulkner, Joseph Heller, and Sylvia Plath used to create their best sellers. Some of the writers had very clear, well-structured charts and diagrams, but other authors worked from amalgams of nearly illegible scribbles. Phew—I’m not so bad after all. And it looks like plotters and pantsers have always coexisted and apparently always will.

Are you a plotter or a pantser? Do you think a reader can tell from the book whether the writer plotted or pantsed it?

This entry was posted in Blog, Writing and tagged Jayne Denker, pantsers, pantsing vs plotting, romance, writing. Bookmark the permalink.