Today is my Birthday… 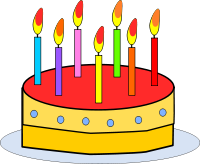 Today I turn 27. While this number is not nearly as liberating as 18, as auspicious as 21 or as depressing 30 is likely to be, it is a milestone to me.

Since I was a teen I’ve been listening to music by a bunch of dead artists: Kurt Cobain, Jimmy Hendrix, Jim Morrison, Janis Joplin… I didn’t know it then, but they were all part of a very special club. The so-called 27 Club. This is not a club to which one wants to belong since every musician in the club never lived to see 28. In more recent times, this club has welcomed Amy Winehouse, as yet another member whose death was a result of substance abuse.

Thankfully, I don’t do heroine or drink like a rock star so I’m probably not going to expire this year due to substance abuse. That’s a comforting thought. While I actually have no fear of being admitted to the celestial ranks of this ghost brigade, it does make me ponder the significance of the age: 27.

I think so many of us ‘new adults’ tend to derail around this age for several reasons.

1) The ‘R’ word. We have responsibility. Most of us have finished studying, live in a rented apartment, are working and living off a monthly pay check, have bills to pay that arrive in our name (the horror!) and have joined the ranks of the working majority. We no longer get student discounts and the amount of tax we pay seems criminal. In short, we can no longer skip class to get stoned and fall back on Mom & Dad when our savings run out.

2) We’re either already married, possibly with young families of our own and left feeling far too adult than can be considered healthy, or we’re lamenting the fact that we’re ‘forever alone’ having had the longest relationship ever with the second-hand couch falling apart in the living room.

3) We’re not that young any more. We can no longer survive on cigarettes and coffee. We need actual food which means we put on weight which we can’t just shed by a night of partying. In fact, we hardly ever party any more because the next day we cycle through the 9 circles of Dante’s hell. We can’t drink like we used to (a tragedy in itself) but at least we’re saving money on beer, right?

4) We are not who we planned to be. Life never works out exactly as planned but I didn’t know that at 18. When I started university I had grandiose ideas about what I’d do with my life before I reached 30. With 30 looming on the horizon, it seems unlikely that I’ll achieve many of the (somewhat) ridiculous goals I set for myself at 18 because the reality is life gets in the way, living day-to-day is far more expensive and time-consuming than I ever imagined and worst of all, I actually like chilling in front of my computer screen watching SyFy channel programs on a Friday night with my dog in my lap and my husband sitting beside me.

And now, everything I just said in amusing gifs…

Early twenties: finding out someone was gossiping about you.

Clubbing in your early twenties:

Clubbing in your late twenties:

Late twenties: You at least TRY.

What you think is cool in your early twenties:

What you think is cool in your late twenties:

Trying to get money in your early twenties: parents!

Excitement in your early twenties:

Excitement in your late twenties:

All your friends in your late twenties:

Early twenties: after getting dumped.

Hanging out with college kids in your early twenties:

Hanging out with college kids in your late twenties:

Will you or have you survived the late twenties doldrums?