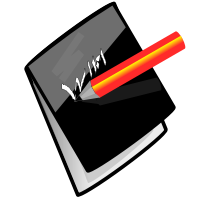 There’s a quote I see time and again in the writing communities: Write what you know. These four words, attributed to Mark Twain, can be interpreted in various ways: Give characters professions you’re familiar with, write female characters if you’re a woman, don’t set your story somewhere you’ve never been – but that’s not what I think Twain meant. I think Twain was encouraging authors to dig deep, to mine their life experiences to create believable characters readers could relate to. And that’s what my latest WiP was all about it.

Life experience is the greatest teacher, making us who we are as people and having a huge affect on who we are as authors and the kind of stories we want to tell. Regardless of what I’m writing whether the story is about androids in some futuristic dystopia or a boy living in modern day New Mexico, bits and pieces of my life filter through. It’s impossible not to include aspects of – not necessarily myself – but my life experiences in the stories I write.

That said, I’ve never deliberately written a story so keenly inspired by my own life. I had a rather interesting childhood growing up in South Africa. For years, I’ve simply been too close to certain events in my life to write about them. I needed to give myself time to understand the why of things before I could comfortably access those experiences for the purpose of fiction.

Thanks largely to fellow author and YAtopia blogger Lisa Burstein, I finally decided to write a story set in South Africa. Lisa said that to write about hard topics, an author needs to open a vein and bleed a little. She’s right, although this can be quite terrifying. Despite the terror, I took her advice to heart and started writing a story that isn’t about me at all and is in no way a memoir, but it is inspired by my life experiences, the characters an amalgamation of people I’ve known over the 22 odd years I lived on the dark continent. Turning personal experience into fiction can be daunting but extremely cathartic. I thought I’d share just one example from my WiP to give you an idea of how life experience can be translated into fiction.

South Africa has a history of crime and violence, and no South African goes untouched by this. Neither did I. As a kid, I walked into a grocery store hold up with my mom. I was nine and a man put a gun in my face. I initially thought I was on candid camera, that it was a joke despite my mom’s obvious fear. We survived the ordeal unharmed and I was more aggravated by someone getting my age wrong taking statements afterwards than by the fact our lives had been threatened.

It took me a long time to figure out how that day changed my life. It made me realise I wasn’t invincible. I was vulnerable and so were my protectors, my parents. Traumatic at the time, this isn’t something I have nightmares about or think of all that often until I see something like the Oscar Pistorius case splashed across every newsfeed. South Africa’s culture of violence indeed!

While I didn’t want my story set in South Africa to be about crime, to be about a victim, I couldn’t write an authentic story without at least touching on this fact of life. So I incorporated the idea of vulnerability, that sense of being helpless, the fear that plagues so many South Africans as we try to live a normal life, and gave it all to one of my characters to deal with. Here is where the catharsis lies. Although the experience my character has is nothing like my own, as I wrote the character, as I conveyed their feelings of fear and paranoia, of injustice and anger, I went through the same process of acceptance and felt a lot lighter at the end of the first draft than I thought I would.

What was a fairly dark memory is now no more than that: a memory. It’s something I’ll never forget – the light on the gun barrel, my mom stricken in panic, the eyes of our assailant – but it no longer affects me the same way.

I think we’re lucky as authors that we have the ability to use our life experiences, even the bad ones, in such a positive way. We can heal ourselves even as we write more convincing characters and visceral fiction.

Have you ever tried writing as a form of catharsis?

This entry was posted in Blog, Writing and tagged catharsis, South Africa, Write what you know, writing as therapy. Bookmark the permalink.