When Emotion Becomes Too Much 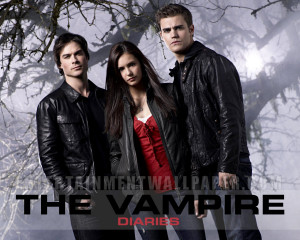 While we all read and watch movies/TV to be entertained, my prerequisite is emotional engagement. I want to feel something. I want to become attached to a character, to go through what they go through and feel the ups and downs of their life. I can be quite intense and get really wrapped up in my favourite shows and books. It can take me weeks to get over a book and start reading another. Similarly, TV shows and movies can linger long past I’ve finished watching, affecting my mood for days. Why am I writing about this today? Because the most recent episode of The Vampire Diaries has left me feeling rather peeved/upset/annoyed/frustrated and I need to talk about why.

For writers – of novels, movies and TV shows – emotion is a tricky thing to get right. Get it wrong and you end up with a story as arid as the Sahara and overdoing it can quickly result in melodramatic mush. Knowing when and how much emotion to elicit in an audience is an art unto itself. Those writers who get it right end up creating something addictive, something we become emotionally invested in, something we care about and maybe even obsess over. Look at the legions of fans for shows like Supernatural and The Vampire Diaries, or books like Harry Potter and Twilight, Divergent and The Mortal Instruments  and you’ll see that obsession is alive and well across all ages and genders. But why and how do writers get this right?

I think this boils down to restraint, to give only enough to elicit a response in the audience while not over- or under-whelming them. The audience should always be left wanting more and that’s usually how I feel at the end of every episode of The Vampire Diaries. Yes, it’s a glossy teenage drama about good-looking vampires having questionable relationships with good-looking humans with a liberal dose of angst but where this show usually excels is in balance. The writers balance an enormous cast and multiple story lines, weaving together a huge tapestry complete with twists and turns that’ll make you hate every moment spent waiting for the next episode, except today.

Today I feel exasperated and am almost considering not watching because I just can’t take it anymore. This isn’t the first show this has happened with. 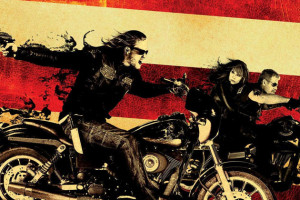 Sons of Anarchy – a very adult, very brutal series about a biker gang in California, is an example of brilliant writing that just went too far. The writers did a brilliant job of making me feel for the anti-hero Jax Teller. I was totally invested but the show became exhausting because nothing ever went right. No matter how hard Jax tried, everything went wrong and that show pulls no punches so when things go wrong people die, hearts are ripped out and people are left broken, physically and psychologically. I couldn’t take it so I stopped watching.

The Vampire Diaries, while not quite on the same level as Sons of Anarchy, is coming precariously close to driving me away because I’m too emotionally invested in a certain Salvatore brother and no matter how hard he tries, no matter what he sacrifices, he can never win and that exhausts me. If the writers could just give him 5 minutes of unencumbered happiness every other episode, I could make it through all the misery and heartache. This is where knowing when to ease back on the drama is so important. Eliciting emotion in your audience is essential for writers. Knowing when to lighten up so that the audience doesn’t feel like their hearts are getting ground up in a mincer is even more essential.

There’s no formula for this and I’ll certainly take agonising over bland content any day. Jax Teller and Damon Salvatore as characters have certainly taught me a lot about how quintessential bad boys can become the hero, how their flaws can be endearing and how their striving for good is important than any actual achievement thereof. They’ve also taught me that even pensive bad asses need a little light and laughter in their brooding lives, and if they don’t get to smile once in a while, then they can actually lose their allure.

Are you emotionally invested in any shows/books/movies/characters?