All about Tethered Worlds by Gregory Faccone 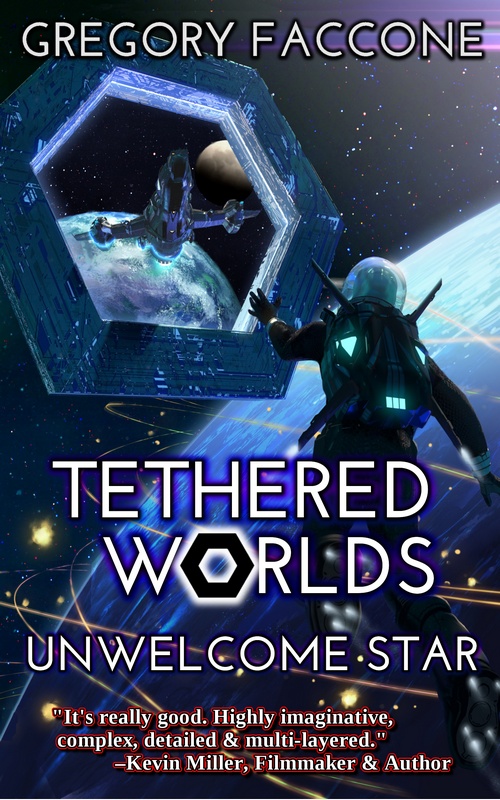 Jordahk Wilkrest doesn’t think he’s special. The backwater world of his birth has only known peace in his lifetime, and the war is bygone history. Far from its centuries-old stalemate line, Jordahk’s interest is collecting war era technology called “mystic.”Suddenly, political corruption and the people’s own complacency opens a dreadful door, literally. Their way of life will be no more as the enemy assembles their giant transporting machine in orbit. The Wilkrests valiantly resist, but are unable to thwart the enemy’s designs on land or in orbit. Jordahk is forced to leave his wounded parents and go off-world with his stiff grandfather. They venture far into the dustbin of human space looking for war-era help.Now Jordahk finds out his family line is a lot more special than he ever knew. Their quest leads to dangerous mystic technology– controllable only by a select few. It’s a wild ride for Jordahk, who has to come to terms with abilities he never knew he had… and their consequences. Can his new shady crewmates stop fighting amongst themselves long enough to overcome the enemy? They must if Jordahk’s parents and his homeworld are to stand any chance.

Specially Priced at $0.99 for four days only, November 27-30!
Amazon
And now I’m delighted to hand over to Gregory so he can tell us more about that stunning cover!
“I’m an author, not an artist.” Well, that is an understandable sentiment, but readers are not going to hear it. They are just going to see a cover, be it good, a stock photo, or an auto-generated bore. Readers intuitively experience the importance of a book cover. They are attracted or repelled before ever reading the first page. I wrote a number of posts about book cover creation at GregoryFaccone.com. They detail lessons learned, sometimes the hard way, along the path.
This Unwelcome Star painting is the second one I commissioned with a fine artist named Lorenz Hideyoshi Ruwwe. His work on the first was technically excellent, but I had things to learn. Like, don’t try to cram too many elements into a cover. There really is not a lot of room after title and author. Like, don’t over-direct your commissioned artist. In trying to please their client, and their sometimes off-base ideas, good art can be unnecessarily burdened.
For this second version, I had a fun layout in my head, made a sketch, and sent it off to Lorenz. My instructions were very loose, and it turned out great. He went on to paint book two’s cover (Blue Star Setting), and he made fun improvisations to the layout I sent him. If you have a team, or have hired a team to help you, be it in authoring or whatever task in life, let them help you with their strengths.
We just finished cutting the Tethered Worlds series trailer. Check it out below! 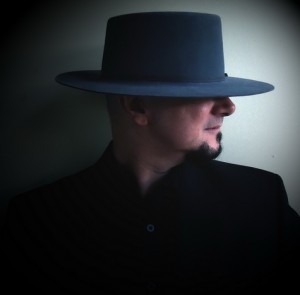 Classically trained in creative arts, he performed a long tenure developing electronic entertainment with both independent companies and the biggest names like Electronic Arts and Sony. He collaborated with Universal Studios, Warner Bros., and Paramount, adding content to popular franchises from science fiction, with Star Trek, to comics, to even medical dramas like ER.

However, Gregory desired to share his creations beyond fleeting game system technology. The written word has stood for centuries, and although reading mediums evolve, novels continue unimpeded. A reader’s bond with a quality literary work is unlike any other. When Gregory starting creating a unique science fiction universe, he knew the medium for which it was destined. The fantastic framework for his science fiction series, “Tethered Worlds,” took two years to create before he jumped into writing the first entry.

Gregory is influenced by Arthur C. Clarke’s axiom: “Any sufficiently advanced technology is indistinguishable from magic.” So jump into Tethered Worlds and go on an adventure based in the centuries to come. While the technology is advanced, the nature of mankind is unchanged. It continues to wrestle with flaws, and is preserved through selflessness and nobility.

Get in touch with the author at the following links:
Author Site     Series Site     Facebook    Goodreads
This entry was posted in Blog, Reading and tagged books, reading, science fiction. Bookmark the permalink.