Remember Me by Stacey Nash

Today I’m delighted to host my lovely friend Stacey Nash in celebration of the release of book 2 in the Collective Series, REMEMBER ME! 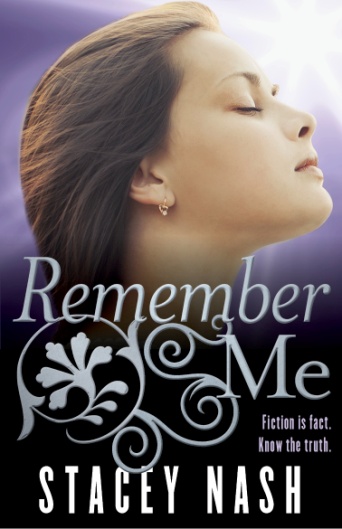 An exciting new adventure from Stacey Nash, set in the world of The Collective.
When all is lost, she must remember…

Anamae Gilbert managed to thwart The Collective and rescue her father, even though his mind is now a shell. Determined to stop Councilor Manvyke hurting her family again, she’s training to become an active resistance member and falling hard for resistance fighter Jax Belfry. But things never sail along smoothly – Manvyke wants retribution and Anamae’s name is high on his list.

After a blow to the head, she awakes in an unfamiliar location unable to remember the last few weeks. She can’t believe the fascinating new technology she’s seeing. She’s the new kid at school, and although weapons training comes with ease, something feels off. Why does the other new kid’s smile make her heart ache?
And why does her gut tell her to run? 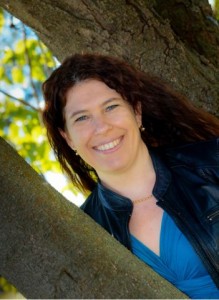 About Stacey Nash
Stacey Nash writes adventure filled stories for Young Adults in the Science Fiction and Fantasy genres. She loves to read and write books that have a lot of adventure, a good dose of danger, a smattering of romance, and KISSING! Hailing from the Hunter Valley in New South Wales, she loves nothing more than immersing herself in the beauty and culture of the local area.

“Gotcha!”
The wooden stick thwacks into my calf, knocking my leg out from under me with a muted ache that makes me stumble, my free arm whipping round and round like a propeller. But it doesn’t help. My foot slides off the rope anyway. Will grabs my shoulder, hauling me back onto the slatted bridge, barely stopping me falling from the trapeze training area high in the tree canopy of The Ring.
We’ve been training like crazy since saving Dad from the Collective. I won’t be an easy target again. I’m resistance now, and I’ll fight.
Laughter booms from below, where Jax and Lilly sit at opposite sides of the cleared forest floor. Jax leans back on his elbows, peering up into the canopy, looking at me with the half-grin that makes my insides melt. I don’t let him distract me for long though. Instead, I swivel around and bring my padded stick up, crunching it into Will’s side. He lets out a grunt but barely sways on the rope. He’s too strong for me to budge. Jax says something I don’t quite catch and stifled giggling floats up like a tolling bell. Clearly Lilly’s trying not to laugh, but Jax’s humor is too much for even her steely grudge.
Right, this is it.
I’m not the helpless girl they think I am. I can best them all up here, I just need to concentrate on outwitting them. A quick glance around gathers my thoughts; ropes over there, down there, up there too. Yep, that’s the way. I spring off my feet, grab the support above me, pull myself up, and scurry along it while Will’s still looking around to see where I’ve gone. There’s no way I can win if he gets the upper hand. Play like a squirrel, quick and smart. My hand moves toward my neck, but I pull away before I touch the pendant that’s always there. I’ll play fair. Hanging upside down with my legs wrapped around the rope, the stick tucked between them and up over my shoulder, I pull myself along into the thick canopy. Lilly’s giggling continues joined by her dog, Ace, who yelps at the air.
I shuffle back, deeper into the tree, letting the branches and leaves close around me.
Ha, get me now, Will Avery.
There’s a wall of greenery in front of me, but I can peer through the branches to see the ground below where Jax still lazes back on his elbows. He looks straight at my hiding spot and closes one eye in a slow wink, flooding my chest with delicious warmth. Suppressing a smile, I hold my finger to my lips.
The leaves on the far side of me rustle. Damn, Will’s already passed. Pay attention, Mae. I swing down out of my hiding place and silently creep along in Will’s wake.
Using his training stick to poke at the branches in front of him, he’s oblivious to me behind him. “This isn’t a game of hide and seek, Mae.”
I creep so close if he spun around we’d both lose our balance and topple over the side of the ropes. Holding my breath, I bring the stick around to my side, just below shoulder height. It whooshes through the air and thuds against his right leg. The entire structure sways.
“Ahhh!” Fingers springing free of the rope, he grabs his leg, then, like he remembers, makes a grab for the handhold but it’s too late. He’s already falling off the side, and growling, “Cheat.”
“Well, look at that…” The safety attached to his makeshift harness snaps taut, twanging the walkway under my feet. I have to clutch the rope handrail with both hands to stop my laughter unbalancing me too. “I win and I didn’t cheat.”
“Don’t get too cocky.” He climbs back up the rope.
Still holding the handrail one-handed, I reach out and haul him up beside me where he sits with his legs hanging over the side. After a huge sigh, he says, “I’m beat, let’s take a break.”
“Sure.”
I walk along the suspended path, my bouncy steps matching my light mood as I jump down to the next level and swing to the ground, my feet thudding on a large fallen log. I’m way more confident in the crisscrossed rope training area than I was last month. The height no longer makes my stomach lurch or my eyes zoom in on ground. Thank small mercies.
“Nicely played,” Lilly says from her cross-legged position on the cleared forest floor. She tosses a water bottle back and forth between her hands, her eyes glued to it. Probably to avoid accidently making eye contact with Jax. Since finding out his true heritage, that he’s not only of Collective blood but Manvyke’s son, their whole friendship has changed. It’s like she doesn’t trust him anymore, like he’s not the same person he always was.
“Thanks, I feel like I’m improving,” I say, throwing my practice stick onto the ground and grabbing the drink from her outstretched hand. A swipe of the back of my arm across my forehead catches the dripping perspiration. This sure is thirsty work. I pop the top of the bottle, gulping water.
Will lands with an ungracious thud behind me. “You only won because my knee’s not a hundred percent.” He snaps the elastic brace wrapped around the knee I purposefully didn’t hit.
“Whatever makes you feel better, Will. That’s why we’re training up there in the trees, gives us even footing.” I smirk at the half-lie, tossing him the bottle.
“Some more even than others,” Jax says.
“I’ll take you on,” Will challenges.
Jax laughs.
We all know who’d win. Not the guy tipping his head back and squirting water into his mouth. As Will lowers it he grabs the bottle with his other hand and squeezes. Water spurts out its nozzle and hits me smack bang in the face.
“Will!”