A is for Apocalypse

So I’m definitely a little behind on this, but I just wanted to let you all know that the anthology titled A is for Apocalypse is now available in all the usual places. This anthology was edited by Rhonda Parrish from Niteblade magazine and includes one of my stories about music and the end of the world. Here’s an excerpt from F is for Finale…

The world will end in f minor, in dark red smudges of sound that bleed into the hearts and minds of all who can hear Earth’s final lament.

Sasha staggered through filth, kicking aside empty Ramen packets and a moldy mound of forgotten pizza crusts. The cracked handle of the screw-driver fit snug against the callouses on his palm as he scratched at the flaking plaster of the wall. He carved a diagonal line through four vertical ones – another five days gone. Only ten left to complete the composition.

Gray sunlight filtered through the cracks in the boards nailed across the windows. He dared not stray too close for fear of the radiation corrupting his mind. His mind, his thoughts, his music – it was all he had left as the world disintegrated, succumbing to rot and ruin in the wake of the catastrophe. Soon though, soon he’d end the suffering, end the long-slow demise of humanity and wrap those clinging to life in a blanket of sound to bear them into the afterlife. He owed them that much, a last nod of appreciation for the years they’d filled the halls and applauded his performances at Carnegie and Royal Albert. If only he could’ve given a gentle death to his teachers at Juilliard, to the maestro at La Scala who plucked him from obscurity and made him a household name, to his fans and lovers and parents who’d sacrificed so much. But for those still left on the dying planet, he would play for them a grand finale.

Sasha knelt amidst the score. The pages fluttered like broken dreams against the edges of his violin, which weighed them down against the breeze seeping through the cracked window panes. The laptop lay useless, the battery long since dead and the wall sockets devoid of even a spark. Not that he needed the files locked on his hard drive. He remembered every note of the thousand page score by heart. He had almost finished the transcription, only the last movement’s recapitulation and closing chords to go. The notes spilled across the pages, across the floor and up the walls, blossoming across the low sloping ceiling. He’d saved one precious piece of paper for the ending, the staves neatly ruled in black ink completed before the pen ran dry. The notes filling up the measures were blue and green, black and red from the tips of a dozen different biros scavenged from neighbors before the demons began to stalk the corridors. 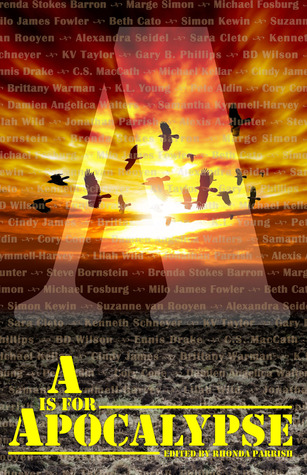