Fifteen year-old Cait Weerd has no idea she’s being sought by the undain: sorcerous creatures of necromancy that feed off the spirit of the living. She doesn’t know the undain need her blood to survive. She doesn’t even know she’s awitch, descended from a long line of witches. Cait Weerd doesn’t know a lot, really, but all that’s about to change.

At Manchester Central Library she’s caught up in sudden, horrific violence. In the chaos she’s handed an old book that’s been hidden there and told to run, hide the book or destroy it. It contains all the secrets of the undains’ existence. They and their human servants want to find that as much as they want Cait.

What’s more, she learns that the fate of two worlds is at stake here. Just what she needs. Along with definitely-not-a-boyfriend Danny, she has to decide what the hell to do. Run, fight or just hope it all goes away.

It’s only then she learns who she really is, along with the terrible truth of what the undain have been doing in our world all this time … 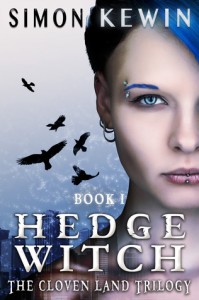 The author is giving away a sampler of Hedge Witch and a collection of short stories if anyone is interested you can download them with the links below: 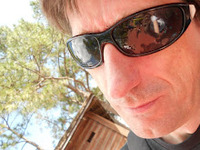 Simon was born on the misty Isle of Man but now lives deep in the English countryside with his wife and two daughters.

He writes science fiction and fantasy as well as some stories that can’t make their minds up.