F is for Five: Out of the Pit 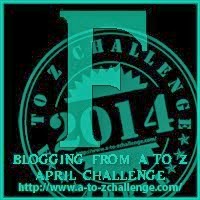 Today I’m delighted to welcome Holli Anderson to the blog, chatting about her latest book Five: Out of the Pit, which just so happens to fit today’s letter in the A to Z Challenge! 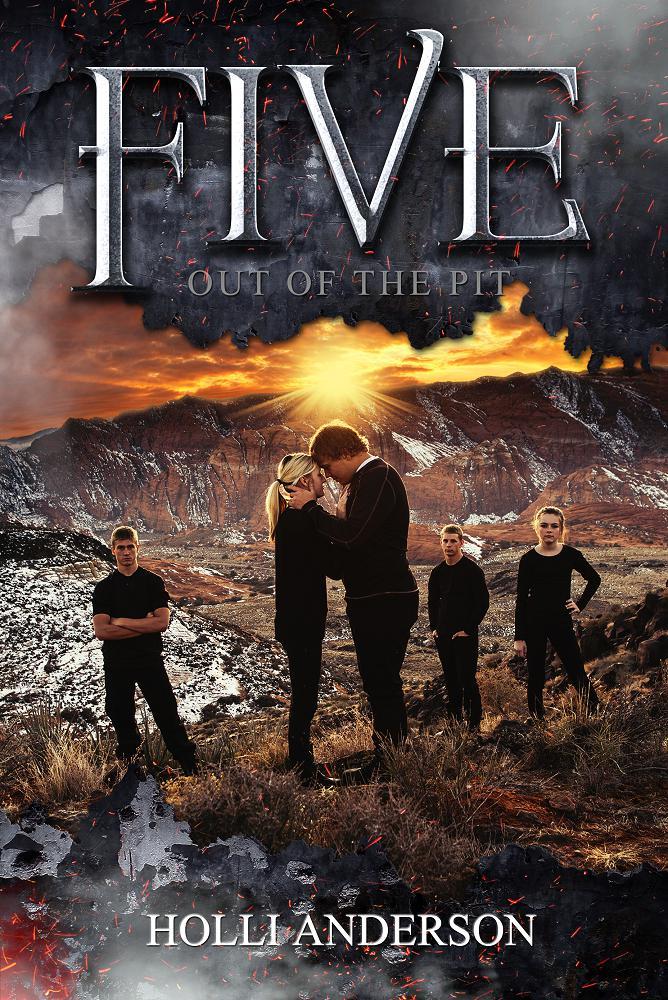 He was interrupted by the Demon’s laughter. “I shall return to this realm a short time hence. Along with a multitude of Demons and Fae.”

“What are you talking about?” Joe asked.

“How do you plan to return?” Joe persisted.

“You shall know the hour is at hand when the heavens gather blackness and all the elements combine to protect the way. The very jaws of Hell shall gape open its mouth wide after The Five. You should all be very afraid.” It laughed its Demonic laugh, rows of teeth dripping green saliva that hissed as it hit the floor.

An interview with the author: 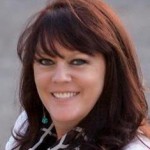 1) Tell us a little about yourself, who is Holli Anderson?

I am the mother of four boys—two in their twenties and two teenagers—and the very young grandma of two beautiful grandchildren. I’ve been a registered nurse for almost twenty years, the last thirteen of those in the emergency department that I am now the director of.

I started writing about six or seven years ago as a way to escape reality at a time when reality was no fun at all. I love to write and especially love it when I read a sentence or a paragraph I’ve written and think, “This is awesome. Did I write that?” Brings a tear to my eye. I also love to read, although I find I have less and less time to do that these days.

2) What inspired you to write FIVE: Out of the Pit?

Five: Out of the Pit is the second book in the FIVE series. The first book was inspired by a dream to start it off and my imagination took it from there. I love magic and I wanted to mix it with the world we live in.

3) Your book is set in Utah, why? What makes Utah the perfect setting for you story?

Book one was set in Seattle, the perfect area for the evil warlock to pull his power from the surrounding nature. The FIVE will be moving around a lot because they’re drawn to where they’re most needed. Moab, Utah was a perfect choice for them to start out in book two because they’re trying to stay away from Brone, the warlock, while they train and recover. Southern Utah has very little natural vegetation, unlike Seattle, and would be a difficult place for Brone to use his dark magic—or so they think . . . .

4) Can you tell us a bit about the publishing path that you’ve followed so far? What challenges have you faced? Was anything easier than you expected?

I feel very fortunate to have found my publisher, Curiosity Quills, as early on as I did. I finished writing FIVE: Out of the Dark (Book #1) in August of 2012, sent a handful of queries to agents and publishers, and signed with CQ in February of 2013.

The main challenge for me has been finding time to write. I work a demanding full time job and refuse to miss any sports or other activities my kids participate in. I’ve been known to be pounding away on my laptop at wrestling tournaments while I wait for my son’s turn. As long as I have earphones and Pandora, I can write in almost any environment.

The whole editing process has been easier than expected. I didn’t feel that way at first, when my editor sent me an email that basically said, “Rewrite the whole beginning, I hate it.” But, once I realized how much better it was going to make my book, I was excited about it. I truly thought I would hate having someone suggest changes in my writing—boy was I surprised to find that I don’t! I really love the editing process and how it can turn a good book into a great book.

5) The cover for FIVE: Out of the Pit is stunning and really intense. Can you give us some details about the design?

Both covers started with the photographic genius of my friend, Todd Ellis of Todd Ellis Photography. The kids on the cover are two of my boys, two of my nieces, and the older niece’s fiancé.

CQ Cover Artist, Alexandria Thompson, took it from there. Her cover art is always stunning, but I particularly love the covers she’s done for me (of course, I could be biased).

The photo was shot in southern Utah with the red rocks as background. Paige and Johnathan go through some rough things in Out of the Pit, so I wanted to make sure their relationship was front and center on this cover.

6) Are you a plotter or a pantser?

I am a total pantser. The only outlining I do is to know the way I want the ending to basically be, so I can work towards that. I write ideas down in a notebook as they come to me and as I near the ending of the book, I do organize those ideas better so I don’t forget to put something in.

I love discovery writing—just letting the story take me somewhere unexpected. I get so excited when a new idea for a character or plot twist just pops into my head.

7) If you were stuck on a desert island and only had three books, two movies, and one music album with you, what would they be and why?

Hmm . . . this is a tough one! The three books would be first, The Book of Mormon. I try to read from it every day and if I was on a desert island, I would really need the inspiration it gives me! The other two books would be all about entertainment value.  I think, The Way of Kings, by Brandon Sanderson would definitely have to be one of them—for one thing, it’s immense, but it’s also such an involved and evolving story, I think I could read it a hundred times and discover new things every time. The third book would have to be any one of the Dresden Files books by Jim Butcher. They are such entertaining books, and Harry Dresden is one incredible wizard with a wicked sense of humor!

Movies . . . The Sand Lot for sure. I have watched that movie dozens of times and it never grows old. And, I’m going to say The Prestige, because . . . well . . . Christian Bale.

The music album would have to be Aerosmith’s Greatest Hits album (any one of them), because no one can sing like Steven Tyler!