B is for Bisexual 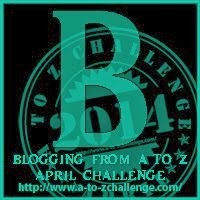 Bisexuality puts the ‘B’ in LGBT+ This gender identity means the person is attracted to both men and women. This is the sexual identity I ‘get’ the most since I firmly believe that love transcends gender and that our affections shouldn’t be restricted or defined by gender. Sadly, bisexuals get a lot of flack in the LGBT community.

Bisexual men in particular are often maligned within the very community that fights against homophobia and bigotry. It seems the general opinion is that bisexual men are really just gay men who can’t admit it and cling to the heteronormative by also liking girls, or at least saying they like also girls. This infuriates me, especially when these sorts of comments are directed at bi men from gay men.

Bisexual girls tend to be seen in a different light. The general assumption is that all women have the propensity for bisexuality or will at least be bi-curious sometime in their life. Women who identify as bisexual, however, are often seen as nothing more then potential threesome partners to fulfill straight male fantasies. Another common attitude towards bisexual women comes from the lesbian community where a true lesbian wouldn’t want to be with a bisexual woman because of the bisexual woman’s interest in and possible previous relationships with men. Even some bisexual women don’t want to date other bisexual women because of the man factor. This stymies me and I honestly don’t understand all the bigotry within the LGBT community aimed at bisexuals.

Bisexuality is nothing new and can be found in both ancient Greek and Roman cultures, as well as in Viking culture and pre-Christian Celtic culture. Some Native American tribes even revered bisexuals as being closer to the divine by embracing both the Masculine and Feminine. Today, while bisexuality might be looked down upon in certain circles, more and more people are coming out and embracing this sexual identity. Famous bisexuals include:

Personally, I love writing bi characters. The male protagonist in my book Obscura Burning is bisexual and is involved in a love triangle with a boy and a girl. This brought a unique dynamic to the story, moving away from the traditional love triangle, allowing for a greater exploration of identity including but not limited to gender identity.

In my book I Heart Robot, due for release in January from Month9Books, a couple of the characters have bisexual tendencies. I can’t say too much more about it, suffice it to say I don’t think androids would have the same outlook on gender and sexuality as humans.

Some other books I’ve read that had fantastic bisexual characters are Coda by Emma Trevayne and The Summer Prince by Alaya Dawn Johnson. I can’t recommend these books enough especially if you’re into dystopian sci-fi.

What are your thoughts on bisexuality?