Aliens! Ever since I was twelve years old and fell hopelessly in love with Max from Roswell, I have been dying for another good alien show. Firefly, Battlestar Galactica, Caprica, Stargate Atlantis – they just weren’t the same and didn’t let me fall in love with the extra-terrestrials the way I did with Max, Isabelle and even Michael. In the past few years, I’ve had crushes on vampires, werewolves, angels and Dean Winchester, but alas, no aliens. Until now…

I seriously love the CW channel. Regardless of genre, if it’s on the CW channel you’re pretty much guaranteed a gorgeous cast in shows with slick writing and clever plot twists. Hi, I’m Suzanne and I’m addicted to The Vampire Diaries, Supernatural, The Originals, Arrow and The Tomorrow People. Just when I thought I had no more time to watch TV and that I couldn’t possibly be impressed by another high-school set teen story with a paranormal twist, enter Star-Crossed… 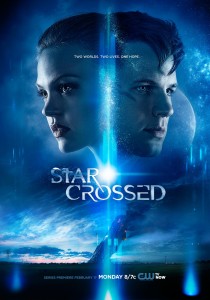 Wow. Mind-blown. In the span of a mere 42 minutes, this series managed to make me care about several characters, so much so that the end of the first episode left me devastated and dying for more. It’s physically painful having to wait for next week’s installment. As an author, I couldn’t help but analyse what it was about this series that got me so excited about the plot and so invested in the characters. Here’s a break down of why I think this show is brilliant after only one episode.

1) It’s familiar. While the idea of an alien spaceship crash-landing on Earth is hardly original, this is a concept that is friendly in its familiarity. It reminds me of Roswell and even Smallville/Man of Steel to some extent. There’s also something else that the main character, Roman, does in the episode which reminded me of Max in Roswell and gave me all the right gooey feels. Reminding me of other stories that I like is not a bad thing, especially when…

2) It’s fresh. Despite being familiar in some parts, Star-Crossed immediately provides a fresh perspective on the alien trope against a politically, racially and culturally aware backdrop that cleverly and subtly draws on current events, such as the issue of illegal immigrants in the US, gay rights and the problems of cultural integration across the globe, to provide context for the alien struggle within the YA paradigm. This show has set up a great metaphor without being too preachy or obvious. That’s clever and I like it.

3) Relatable characters. Humans and Atrians, I’m already invested in both. The show kicks off ten years after the initial crash as a bunch of teen aliens try to integrate in a human high school. These aliens are still culturally and physically different, but are presented as ‘human enough’ for us to relate to them: they love, they dream, they experience pain and fear. It certainly doesn’t hurt that they’re extremely good-looking and have also mastered the art of witty repartee. The dialogue! I thought Damon Salvatore had great one-liners – I think Roman might give him some stiff competition. 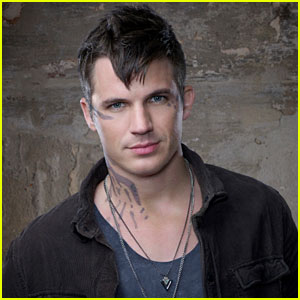 4) The set-up. This comes down to some brilliant world-building and the fact that the writers can be as inventive as they want to be with the aliens, how they’re different from humans and what they can do. The first episode teased us with a few possibilities and that alone makes me want to watch, curious to learn more about Atrians and what’s up with all those funky tattoos/birthmarks.

5) Conflict. Wow! This first episode has set the stakes incredibly high. It’s all sweet and predictable and then, like so many times in the Vampire Diaries, just when you think you know how things are gonna roll, a spaceship-sized spanner is tossed into the works. Bring on the conflict and tension and drama! I’m ready!

These five points mentioned above don’t only apply to good screen-writing. They can also be used in book writing and I certainly plan on employing a few of these tactics in my own works, with a special focus on number five!

Are you watching Star-Crossed? What are your favourite TV shows?

This entry was posted in Blog, Film/TV, Reading and tagged aliens, science fiction, star-crossed, writing, YA. Bookmark the permalink.