The December-January marathon has come to an end 🙁 Thankfully, we’ll be keeping up the twitter hashtag and I’ll still be posting monthly updates, which will hopefully provide the necessary impetus for finishing this novel.

My goal when I started this marathon was to finish a previous YA novel and complete revisions on that. Delighted to say, that is done! The next goal was to start drafting an NA novel. I’m rather chuffed I managed to finish one book, revise it, write a 3000 word short story and get more than 30k done on the new WIP in the span of two months! 🙂

The ever present curse of pantsing. It took me a good few days to figure out exactly what was going on in my story now that I’m around the halfway mark. Yup, I actually had no clue what was going to happen or how things would resolve until now. I’m still not entirely sure I know what’s going to happen but at least I have a tentative trajectory now.

What I learnt this week in writing:

Stories cannot be forced. The more I tried to force the short story, the worse it became. When I finally surrendered and decided not to plan, but just to write, an amazing thing happened. A story spewed across the page and it was rather beautiful and dark and exactly what I’d been trying to write for more than a month!

This is the image that inspired it: 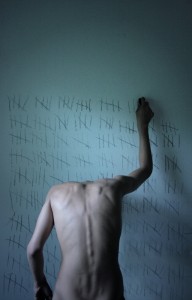 I also learned a good deal about entropy, quantum entanglement and quantum teleportation – all necessary for the novel WIP, but some seriously intense stuff that hurt my brain. Another discover I made this week is that Panic! At the Disco obviously wrote their song This is Gospel specifically for my WIP. The lyrics are just too perfect and the song is pure awesome! It has provided me with much needed inspiration this week. Here are the lyrics and the video is below.

What distracted me this week while writing:

Quantum mechanics. As a teenager, I wanted to be a quantum physicist and had grand aspirations of one day working for NASA – even if I could never be an astronaut because I’m too short – so this week’s research into all things quantum distracted me from doing any actual writing. That said, I now have tons of sciency stuff at my disposal so writing the next few scenes is going to be lots of fun! Oh the joys of living vicariously through my characters.

Last 200 words: This is getting tricky, trying to find something not too spoilery. Not sure all of this will make sense, but here we go…

It’s dark by the time I pull onto the Interstate. The stars string silver across the night, the constellations like pennies scattered in molasses. Mars glares at me as guilt twists in my gut. It’s not like I have a choice. It’s Crow or my family and there’s no contest, as much as I love the feel of Crow’s lips on mine, as much I want to explore every swirl and furrow of scar tissue littering his body. I owe my family. I’ve put them through enough already.

Crow groans and shifts in the seat, his hands twitching in his lap and his eyes scurrying back and forth behind his eyelids. He mutters something incomprehensible, his jaw clenching around the words. What if Tempest is the enemy, what if she’s got some nefarious agenda and Crow was right to want to escape? I glance over at him. His right ear is crusted with ultramarine. He needs help. This is for his own good.

Headlights blaze in the rear view mirror, momentarily blinding me. I squint against the glow, trying to focus on the road, but the lights persist. I speed up, forcing the pick-up over 60 miles per hour. The vehicle behind me falls back and I glance at Crow as he whimpers in his sleep.

Lights blaze as the vehicle behind us rams into the truck. The impact slams me against the seatbelt as I momentarily lose control of the wheel.

How did this marathon go for you? Looking forward to checking in with you all once a month!