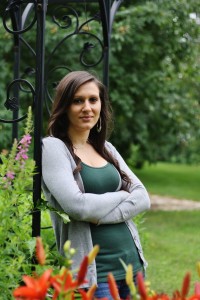 Theresa Paolo lives in the same town she grew up in on Long Island, NY with her boyfriend and Milton, their big eyed goldfish. She has a hard time accepting the fact she’s nearing thirty which is why she writes New Adult and Young Adult books, reliving the best and worst years of her life through her characters. She put her love of writing on hold while she received her Bachelor’s Degree in Marketing from Dowling College. On November 11th 2011 at 11:11 she made a wish. Two hours later she was laid off. Jobless for the first time since she was sixteen she was determined to make her wish come true. Writing became her life again and after many nights of ignoring her boyfriend to spend time with her characters, she finally received the call that all her hard work, finger crossing and eye crossing paid off. She signed with Berkley (Penguin) and her debut novel, (NEVER) AGAIN, a NA romance, released in Fall 2013. When she’s not writing, she’s behind a camera or can be found in the blogosphere or on Twitter, Pinterest and Facebook.

A-Z The Things I’ve learned as a Writer

I have learned so much along my writing journey. Some I learned the easy way and others, well, not so easy. Today I wanted to share some of those lessons with you. So here goes.

There’s my list. Now I want to know some of the things you’ve learned along your journey as a writer. 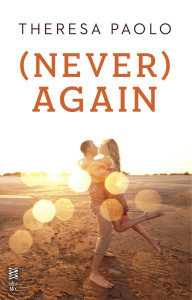