Come As You Are blog blitz

Molly Young has a secret. To keep it she holds the world at a distance. Behind her lies a trail of dumped boyfriends who came too close to discovering what no one can know. When her estranged father dies of an unexpected heart attack he leaves an even deeper secret, one tied to Molly’s.

At the funeral repast Molly is unable to tolerate the shoulder-to-shoulder mourners and runs out the door and down the street to the nearest bar. Come dawn, with no memory of the past ten hours, she finds herself in bed with a beautiful stranger. She slips away before he wakes up, unaware of the role he’s about to play in her life. Is he the one guy who can convince Molly to face her painful secret and become the person she’s meant to be? 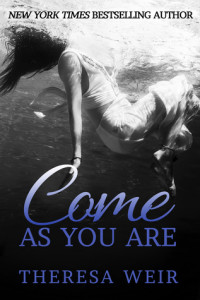 Q: Come As You Are is the title of a Nirvana song. What does the song have to do with the book?

Theresa: A lot.  I went back and forth about mentioning Nirvana in the blurb for Come As You Are. I decided against it after reading the article going around about the twenty-something girl who’d recently written a letter to Nirvana, asking if they could play at…homecoming, maybe? And so I thought I’d better not mention Nirvana. Maybe younger readers don’t know much about Nirvana. But reviewers are mentioning the band, and that’s good! Yes, there’s definitely a strong Nirvana…center.

The weird thing is that I had no idea In Utero was being reissued this year until the book was almost done. That was just serendipity. Molly, the heroine, even writes a story for one of her University of Minnesota classes about the recording of In Utero.

There are other musical nods in the book, some obscure and some not so obscure. There’s one line in particular that I’ve wondered if people will get, and it’s in reference to Big Star. If you pick up on it let me know.

Q: How did you happen to write this book?

Theresa: About seven or eight years ago I asked my then editor what she thought about my writing a book, not about high-school kids (she’d mentioned a YA to me), but about twenty-something college students. Because I could definitely see myself doing that.  She said there was no market for books featuring people in their twenties, and those people didn’t have time to read anyway.

Back when I wrote romance fulltime some readers complained that my writing was too full of angst and the characters were too wounded, so New Adult seemed a logical place for me.

Angst aside, I never went to college so I have a particular fascination with college life.  I suppose a romanticized fascination.  And I love that age.  Plus, I recently wrote a novella called The Girl with the Cat Tattoo that got great reviews and notice.  And in thinking about that book… It almost felt a bit NA even though it didn’t really contain all of the elements and the main characters were a little bit too old — in their early thirties. But Melody could have easily been an NA character. And the follow-up book, The Geek with the Cat Tattoo, features people in their late twenties. So I was kind of dancing on the fringes of NA, but just didn’t know it.

Q: What are you working on now?

Theresa: I hope to get the second cat book done within a few months, and I have an Anne Frasier suspense called Stay Dead (sequel to Play Dead) coming out in April.  And I’m considering writing another NA, this one featuring Rose, Molly’s best friend from Come As You Are. Oh, and I’m thinking about writing another suspense in my Dead series.  So many ideas; not enough time. 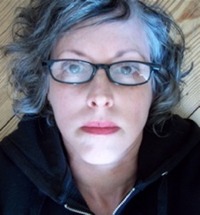 Theresa Weir (a.k.a. Anne Frasier) is an award-winning NEW YORK TIMES AND USA TODAY BESTSELLING AUTHOR of twenty-three books and numerous short stories that have spanned the genres of suspense, mystery, thriller, romantic suspense, paranormal, and memoir. Her titles have been printed in both hardcover and paperback and translated into twenty languages.

This entry was posted in Blog, Reading and tagged books, new adult, reading. Bookmark the permalink.