Can true love be built on lies? A teen on the run seeks relief and redemption in this gripping, romantic read.

Leah Kurtz has finally found a place to call home, a town where she and baby Addy can live in peace, far from the drug-infested place she grew up. Chris is one of the best parts of her new life, the only person who’s ever made her feel safe. And now that she’s found him, there’s no way she can tell the truth:

Her real name is Faith, not Leah. She’s seventeen, not nineteen. And the baby isn’t hers—Faith kidnapped her.

Faith’s history catches up with her when a cop starts asking questions and Chris’s aunt spots her picture in the newspaper. She knows it’s time to run again, but if Faith leaves, she’ll lose Chris. If Chris is in love with a lie, though, did Faith ever really have him in the first place? 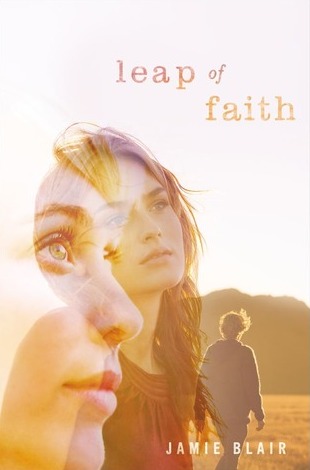 “I’m Chris.”  His eyes are hazel.  They’d be bluer or greener depending on what he wore.  His gray shirt keeps them the in-between shade.  He plays a few more chords and sets his guitar on the couch beside him.  “Well?  What do you think?”

He rubs his chin.  It’s covered in stubble.  I imagine how it would feel against my cheek, and my face gets hot.

Addy squirms and lets out a small shriek.  Chris’s eyes dart to her.  This could be the deal breaker.

She squawks again.  “What time is it?” I ask, realizing she’s probably hungry.

“Yeah.  Guess I better go so I can feed her.”  I take a step toward the door.

I nod, watching him take Addy out of my arms, place her against his chest, and rub her back.  “Do you have kids?”  It seems like a dumb question, but he’s a natural with Addy.

He laughs.  “No.  Fortunately, I’ve never been in that predicament.”  He looks from Addy to me, and his face falls.  “I mean…”

After opening the door to the stairs, I glance over my shoulder.  He’s running his fingers over the top of her head and bouncing her gently.  “Shh, baby, don’t cry.  Mommy will be right back.”

About the Author:
Jamie Blair spent most of her teen years choreographing moves for her dance team routines, kissing boys on the couch after her mom went to bed, and pondering the mood enhancement qualities of Lemon Heads when consumed with Diet Coke. Writing under Kelli Maine, she’s the USA Today bestselling author of Taken. Leap of Faith is her debut New Adult novel.
Website     Twitter     Goodreads     Facebook
This entry was posted in Blog, Reading and tagged new adult, romance. Bookmark the permalink.