This week I stumbled upon the #WIPmarathon feed on Twitter where a bunch of authors are getting together for the month of August to write. I’m joining in so here’s my intro post about my current work in progress (WIP). 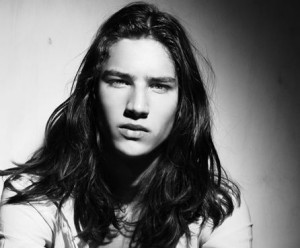 Brazilian model Reinaldo who is exactly how I picture my MC Raleigh!

Marathon Goal: I’d love to finish my ms by the end of August, but given that I’m going back to work next week and will then be working three ‘day’ jobs, I seriously doubt I’ll make it to The End by August 31st, especially considering I’ll be away for a week in Prague mid-month too. I would, however, at least like to make it to 30k – roughly double my current word count, which is possible. It better be!

Stage of writing: This is the third major rewrite of the WIP and I’m only 15k in! I’m a pantser, so when I realised things weren’t going right, I started again, wrote myself into another mess and had to start over a third time. Chances of another rewrite? Pretty good as it stands since I’m figuring out the plot as I go. Not the most effective method, but I’ve tried outlines and they just don’t work for me.

What inspired my current project: My current WIP tentatively titled Postcards from Mars is upper YA/NA science fiction with a gay MC. The inspiration came from reading all about the MarsOne expedition and from my fascination with Native American culture. I also wanted to write another story similar in atmosphere to my novel Obscura Burning so instead of New Mexico and Obscura, this time I’m writing about Texas and Mars.

What might slow down my marathon goal:  That week in Prague. I am going to take writing apparatus with me, but I’ll be in PRAGUE (and probably imbibing absinthe)! So chances are slim that I’ll make much progress then. Also work. I love my job/s, but teaching is demanding so I might be too exhausted in the evenings to write coherently let alone productively. I’m planning on early Saturday morning sprints to make my goal.

And that’s it. I really love my story idea and my characters, but this novel is proving difficult and draining to write. I’ve never really experienced this before. I think perhaps I love my characters too much and that’s getting in the way of writing what I need to. Let’s see what happens in August…

Are you working on something right now? Want to join the #WIPmarathon writers?