Today I’m going to talk about and fangirl over one of my most favourite fictional characters of all time! I’ve spoken about him quite a lot before, can you guess who he is? I’ll give you a hint… his name is Jack 🙂 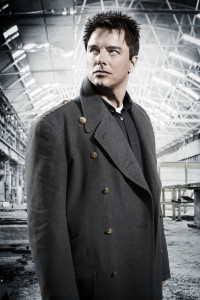 Captain Jack Harkness is a fictional character, first appearing in Doctor Who and later becoming the lead character of the spin-off series, Torchwood. He first appeared in the 2005 episode The Empty Child. Since then Capt. Jack has made numerous appearances in subsequent Doctor Who series in between seasons of Torchwood.

So what’s special about Capt. Jack? He was the first openly non-heterosexual character in the history of televised Doctor Who and quickly became one of the most popular characters, spurring the spin-off. Capt. Jack became a major figure due to his consistent portrayal of bisexuality in mainstream British television. This fictional character has also become a significant role model for young gay and bisexual people particularly in the UK, but why? 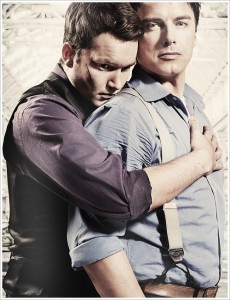 What makes Capt. Jack stand out from other portrayals of gay and bisexual men in television is that he is a solid action hero. Jack doesn’t fit the feather-boa and pedicure stereotype, he’s all rough and tumble, chasing down aliens, kicking some serious ass and getting scraped up doing it. While both Doctor Who and Torchwood never shy away from showing Jack’s diverse sexuality (he’s often described as ‘pansexual’ and jokes abound that he’d tap anything with a pulse) the fact that he sleeps with men, women and aliens of indeterminate gender never becomes the main focus of the story, it’s simply a part of who he is. His other traits are far more important: his nobility, his courage, his loyalty, his sense of morality, and his willingness to self-sacrifice for the greater good.

Captain Jack Harkness is everything a good action hero should be and an excellent role model already. The fact that he’s 100% comfortable with his sexual identity makes him all the more awesome. I wish there were more Capt. Jack like characters in genre fiction, both in books and on screen.

What do you think of Capt. Jack? Would you like to see more QUILTBAG action heroes?