Carolyn Arnold’s Assassination of a Dignitary

Today I’m pleased to welcome Carolyn Arnold to Off the Page, sharing an excerpt from latest book, Assassination of a Dignitary. 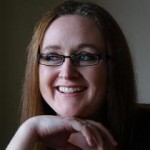 CAROLYN ARNOLD is the author of the best-selling Madison Knight Series, and the Brandon Fisher FBI Series. You can find out more about Carolyn and her novels online in the following places: 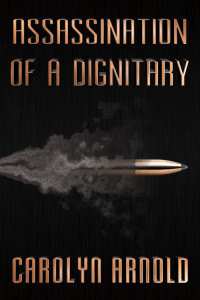 Raymond Hunter’s dark past has returned and demands one final favor.  Now fifteen years later, settled as an accountant and family man, he assumed life would be calm.  He thought wrong. The Italian Mafia wants him back.

The directions were simple:  Kill Governor Behler and be out for good.

Despite the odd request since the Mafia typically respects dignitaries, in order to protect his family, Raymond has no choice but to accept the job. He picks the date and location—Niagara Falls, New York—two hundred and forty miles away.  But by the time he returns home, he finds out the assassination attempt failed, his family has been kidnapped, and he has twenty-four hours to set things right if he wants to see them again.

With time running out, Raymond discovers the real reason they wanted Behler dead and finds out he’s placed himself and his family right in the middle of a mafia power struggle. What he doesn’t realize is that law enforcement is also closing in.

Assassination of a Dignitary by Carolyn Arnold

THEY SAY THE PAST HAS A way of catching up with you. Mine was in my living room when I came home.

Christian Russo, son of the Italian Mafia Don, Pietro Russo, sat on my sofa making himself comfortable. The side table had a glass of amber liquid sitting on it. He raised it for a sip.

The clock read three fifty. Brenda would be home with the kids soon. I hadn’t seen the man in fifteen years.

“What are you doing here?”

“Now is that any way to greet an old friend?” His Italian accent laced each word.

I couldn’t show the man fear. This is what he wanted. He craved a reaction. He always had. “If I saw one before me, I may greet him differently.”

“Oh.” A fake pout had his lips pinched together only a second. He put the drink down and placed a hand over his heart. He laughed when it touched the silk of his silver jacket. “If only I had feelings, Hunter. Maybe you’d hurt mine.” Silence fell between us like a cloak. I stood in front of him. He studied my face. “Sit.”

“Get out of my house, Christian.”

“Sit!” His voice rose, and he straightened his posture as he barked the command.

I sat. I wanted to stretch my leg, one over the other, but didn’t want to appear too comfortable either. I kept myself leaning slightly forward, apprehensive this would give the impression I was eager to hear what he would say.

“We have a job for you,” he continued.

“But, I don’t…” I let my words trail off into non-existence based on the reflection in his eyes. I wasn’t the type who could take a life for a wad of cash anymore. I had too much to lose, too much to live for.

“Pays one hundred k. Half up front.”

He dropped a wad of cash on the table between us. I knew from the banding it was ten thousand.

“How can you be fine? After you turn your back on The Family? Surely you must miss us.”

I missed the pay check, the one that padded my bank account with thousands at regular intervals, but not the control they held over me.

“Seriously, there must still be fire in you.” Christian’s mouth lifted, slightly to the left as it always did when he schemed manipulation.

His eyes contained more evil than had been there the better part of two decades ago. In all honesty, I was shocked to see that he was the one the Don sent to me. Christian was more hurt than Pietro when I turned my back on The Family.

My eyes scanned my living room, settling only briefly on the family photographs, on the children’s school portraits. My eyes came back to Christian. “Like I said, I don’t do that anymore. I wouldn’t even know how to—”

“Fire a gun.” Christian finished my sentence and cocked his head to the side. “You should know better than to lie to me. Want to try again?”

When I was offered a permanent role in The Family’s business, I had declined. I saw my way out and took it. There were times the nightmares of what I had done would slither back into the darkness of night, but I worked to shutter them out. I justified my actions as responding to directions. It was nothing personal. A kill never was. I reminded myself they were marks, not individuals. But over the years I had never lost the love for firing a gun. The clicking sound of the hammer as it cocked into place, the rush as the firing pin made connection with the percussion cap, and the slight kickback as the bullet exited the chamber.

“I know you go to the gun range.” Christian took another sip of what looked to be my scotch.

I pointed a finger at him. Many men would not dare to. “Don’t follow me.”

“You tell me what to do now? Things changed, yes?” Christian laughed. “I believe every Thursday afternoon. I trust that’s why you’re home now and not at the office.”

How closely had he been watching me? In fact in such an economy, I was fortunate not only to have a job but to own a modest accounting practice. I chose the career hoping the rumors were true; accountants lead uneventful lives. I looked at the clock. Within fifteen minutes, my family would be walking through the door. My eyes went back to the cash on the table.

“How does it pay you Hunter?”

“I’m not that person anymore.” My last name improvised as my nickname among the Russos. They viewed it as evidence of a life calling. I was predestined to be their hit man.

“You always will be to me.” Christian reached into a jacket pocket and pulled out a cell phone. His eyes were on me. “Disappointing.”

“Why me?” I didn’t know the details yet, but wasn’t sure I wanted to.

Christian leaned forward and appeared more comfortable than I was, at this moment, in my own home. “You’re close to her. You can make this happen.”

Christian smirked. “The Governor of Michigan, of course. Marian Behler.” He leaned back into the sofa.

My heart beat as a piston in a chamber. It felt ready to explode.

Governor Behler was a client of mine at the firm. Christian obviously knew this just as he knew my whereabouts on Thursday afternoons and my active fascination with guns. “I didn’t think you killed dignitaries.”

“An exception has been made.”

My last kill was over fifteen years ago; it may as well have been a lifetime. But when I had been at my finest, I excelled both at close range and sniper hits. The versatility made me a valuable asset. “Pietro Russo ordered this hit?” I knew I was being arrogant, and even courageously stupid, questioning Christian’s authority but the directive was hard to believe.

“You used to call him Pops.” Christian didn’t react the way I had expected, but that was partially what was frightening about the man. He had always been unpredictable.

“My life is different now.” I had to stop staring at the clock, but my eyes kept drifting there.

I owed him no explanation for the direction my life took or an assessment on its fulfillment.

“Did Pietro Russo order this hit?” I repeated my question.

“Why else would I be here?” He held out his cell phone. “Want to speak to him yourself?”

My stomach tossed. One normally didn’t leave the Italians without there being recompense. I seemed to have been an exception to the rule. Now I wondered if the smooth transition had been afforded me because of the service I had offered and could possibly again.

You can get a copy of Assassination of a Dignitary from the following retailers:

This entry was posted in Blog, Reading and tagged Assassination of a Dignitary, Carolyn Arnold. Bookmark the permalink.