YA Dystopian – Never Too Far Blitz

Today I’m pleased to welcome Thomas Christopher to Off the Page chatting about his new YA dystopian novel Never Too Far. 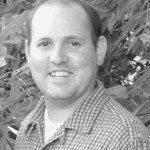 Thomas Christopher grew up in Iowa. He received his MFA from Western Michigan University. His short stories have appeared in The Louisville Review, The MacGuffin, Redivider, and Cooweescoowee. He was also awarded an Irving S. Gilmore Emerging Artist Grant and was a finalist for the Matthew Clark Prize in Fiction. He lives in Wisconsin with his wife and son.

Tell us about Never Too Far?

Well, it’s set in a future that is much hotter and where gas and oil are running out. In fact, it’s illegal and possessing it is a capital crime. The hero is a sixteen-year-old boy named Joe, whose family is very poor and live in Dust Bowl-like conditions on the plains. One day, he finds a wrecked vehicle that belongs to the authoritarian city-state of Chikowa. And against his family’s wishes, especially his older brother Frank, Joe siphons the vehicle’s diesel and takes off on a treacherous journey to sell the fuel on the city’s black market. Fuel is worth a tremendous amount of money because it is so scarce. Joe takes along a pregnant orphan girl named Mary that his family recently took in. They use a cover story about Mary’s baby being breech and needing a hospital to throw off suspicion. She barely talks at first and hides beneath a big hat she always wears. The relationship that develops between them is one of the big themes, especially after she gets sick. The whole journey leads through a hostile landscape of desert and forests until they reach the city, where they get caught in a dark world of fear corruption they might not escape from.

Where did the idea for the novel come from?

The idea for Never Too Far came from two sources, really. Several years ago, my wife gave me a book called The Long Emergency by James Howard Kunstler about the consequences of running out of oil. Around the same time, I also read The Road by Cormac McCarthy. I really loved it. It was dark and ominous, but also full of tenderness between the boy and his father. I started thinking about a future where oil was scarce, and global warming had heated the planet, and some kind of desperate journey, like in The Road. I first wrote it as a short story, but I liked it so much that I turned it into a novel.

The environment is wide raging in the story— arid plains, deep forests, and a city on a lake. Is it based on any specific area?

Yes. Although the country in the novel is a fictional one called the Meshica Union, it’s really based on the geography of the U.S. that stretches from eastern Iowa to the shores of Lake Michigan. I didn’t want to be bound to actual places and cities because I wanted the story to have more of a universal and timeless feel.

Who is the audience for Never Too Far?

I would say that both adults and young adults would enjoy this novel very much. Fans of dystopian fiction, coming-of-age stories, adventure and suspense would like it as well.

Tell us a little about yourself?

Sure. I grew up on an acreage near Grinnell, IA.  As a kid, I loved roaming all the fields and creeks that surrounded us. We also raised sheep, and I helped birth the lambs. I remember very fondly feeding bottles of milk to orphan lambs in our basement.  After high school, I hiked the 130 mile Adirondack Trail in upset New York. And after I graduated from college, I lived out west for a while in Seattle and Montana. I did a lot of hiking in the mountains out there. Then I went to graduate school in Michigan to studying writing and that’s where I was lucky enough to meet my wife. She was the manager of the hotel I was working at. I taught writing and literature for a while at Western Michigan University, Creighton University, and a few community colleges. Then came the birth of our son. I now split my time between writing and chasing after a very active 18 month old boy. 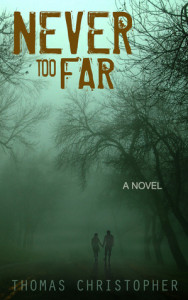 A harrowing story of love and survival.

In a future of scarce resources, where the possession of gas and diesel is punishable by death, a teenage boy and a pregnant girl must save their impoverished family. They risk their lives on a terrifying journey to sell stolen fuel on the black market.

This entry was posted in Blog, Interview and tagged giveaway, science fiction, Thomas Christopher, YA, YA dystopian. Bookmark the permalink.