Today I’m thrilled to have Kayci Morgan on Off the Page chatting about the difference romance and erotica, and so much more. 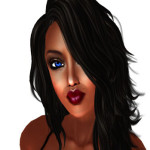 Kayci Morgan has had a passion for romance and fantasy for as long as she can remember. She lives in Chicago with her family. In her cozy apartment, she spends endless nights tapping away at her keyboard and playing computer games unheard of by normal people. Her English Literature degree serves as a superb coaster for her 20oz mug of coffee.

1. Tell us a little bit about yourself. Who is Kayci Morgan?

Well, let’s see. I’m a Taurus. That’s the sign of the bull and it fits my personality perfectly. I’m slow to get moving and hard to stop once I start. I guess “inertia” would also describe me perfectly too.

I’m terrified of dogs. Even little ones like toy poodles. And when I say terrified, I mean I will sob like a child if a puppy barks at me. Ironically, if asked dogs or cats? I’ll always answer “dogs” because I refuse to clean poop up after anyone that thinks they are better than me.

My favorite colors are pink and blue, which means every time all those pink and blue bunnies go on sale after Easter I buy them up. They are all sitting around my house like I’m some strange cat-lady that’s too lazy to get real cats.

Oh, and I avoid answering “tell me about yourself” with the usual a/s/l information people like to give. Being a thirty-three year old woman from Chicago is probably the least interesting thing about me.

2. When did you start writing and why?

I’ve been writing in a diary since I was a little girl, maybe third grade. As for fiction, I started that in high school. I was inspired by a book I read about a teenage girl. Twin Peaks: The Laura Palmer Story, I believe it was called. I wrote a story of my own in a notebook about a teenage girl that had every dramatic thing I’d ever heard about happen to her, from relatives dying in car accidents to cheating with her best friend’s boyfriend. I used to pass it around my classes and my classmates would read it in awe of my storytelling ability.

3. Most of your books feature gay couples, what inspired you to write LGBT stories?

When I was 12, I was beaten so badly by three 17 year olds, I was terrified to leave my house. During that time I saw a love story on cable about two men in prison. They fell in love and the stronger one protected the weaker one.

At the time, my mind really needed that idea of safety, security, and love. So I started expanding on the story in my head. And then I started creating new stories. And when I got a computer, I started reading gay romance stories on the internet. For me, the idea of two men falling in love was the perfect romance.

4. You describe your books as romance, not erotica, but they still carry graphic content and mature audience warnings, why?

Ever read Precious? Bastard Out of Carolina? Stories can have graphic content and not be erotica. Erotica is about a character’s sexual journey. Romance is about a developing relationship. I’ve never cared much about sex, even though it’s in my stories (it’s usually short and tasteful).

But I LOVE romance. I don’t think anything is more interesting than the way two people fall in love. Sometimes my love stories go to dark and scary places. Places people might argue aren’t even love at all. But I think part of that is why love stories are so dynamic. It’s hard to even define it.  Even when I read other genres, I always focus on the love story.

5. What made you decide to self-publish?

Oh, that’s a funny story. Someone had assumed when  I said I was published that I had been self-published. But really, I was published in a few anthologies. But their tirade made me look into it, and I discovered how simple it was to put your books in front of an audience.

The last time I had really looked at self-publishing, it was before e-books. So self-publishing meant spending hundreds, if not thousands, of dollars on your own books which probably sat in your house gathering dust.

But now with e-books, writers have a much further reach and can afford to put themselves out there.

When I first self-published I tested the process with a story a publisher offered to buy for $25. Self-publishing earned me the same amount in two months (at 35 cents a book) that I would have gotten for a three year contract. And it keeps earning me money, month after month. It made me look at one time payments for short stories in an entirely different light.

6. Any tips on marketing for other self-published/indie writers?

Write well and write more.  Open your twitter account, start your mailing list and then get back to writing. Every story you have published is another chance to gain a fan. And fans are what you want. Don’t go looking for someone to buy your book. Get your book in the hands of people that will love it, even if that means giving it away for free.

A single purchase is nothing. Most of the time it’s not even a caramel frapachinno.  A fan is priceless. A diehard fan will buy everything you ever produce. Even when you write something they don’t like they’ll be more forgiving. They’ll tell their friends about your work and try to get them to read it, netting you even more fans.

And as a writer, your duty to your fans is to give them more stuff they will love. So like I said, write well, and write more. Don’t break your neck trying to push copies of your first book when you could be working on making an even better second book.

At the moment I’m working on a short story, the Meetup which is about a reclusive romance writer that agrees to meet one his adoring fans, but is shocked when “Robin” isn’t a girl, but a guy.

I’m also revising my first full length novel, Dark Magic. It’s about a comic book nerd who is hunted by zealots after he discovers he’s a warlock. 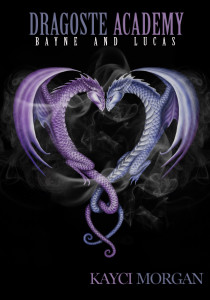 Be sure to check out Kayci’s Dragoste Academy series for all things sexy and paranormal.

Why do you love reading or writing romance?