U is for Underground – Flight Blitz

The first rule of survival in the Underground: When you’re outside, keep your eyes on the skies… 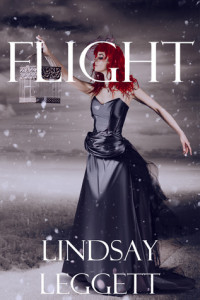 Ace Harpy Hunter Piper Madden is used to danger, but the death of her brother slams the brakes on her high-torque lifestyle and leaves her broken and confused.

On the run from the dictating Elder Corporation, she’s eventually found in the quiet undergound city of Ichton and asked to work for the Corp on contract to quell a new and frightening Harpy threat.

Enter the discovery of horrifying Corporation secrets, Harpy attacks, and a new friendship with the strange Asher, and Piper’s days become anything but boring.

Then, a chance encounter leaves Piper privy to a dangerous secret, ad as she and Asher team up in an effort to unravel the truth, the secrets they uncover beneath the ancient walls of the dead city will spark their world into a grand-scale war.

It always starts like this. My vision starts to blur and the depth of the dirty brick walls plummets into a single plane, like I’m staring into an abyss that never ends. Pins and needles prick their way over my body and I fall backward, sinking through layers of sticky black sludge. I land with a thud and David is before me speaking urgently. His eyes are lined with confusion and anger.

“Piper, I don’t like what you’re doing. Please, for the sake of our mother and our friends, put an end to it now,” he says to me. We’re at our place in the mountains, the stars peering onto us like frail paper lanterns. I look at him seriously, my hand over my mouth, mind reeling at what he’d said.

“You don’t understand, David. I love him,” I reply, feeling tears brim my eyelids.

“… … ….” David’s lips are moving, but the noise coming out of his mouth is like raw static.

“I can’t hear you. What’s going on?” I ask. He looks like I just slapped him in the face.

“David, I think there’s something wrong right now. I haven’t done anything!” I cry frantically, grabbing his shoulders and shaking him. He brushes me off and gives me a hard stare.

“People are going to get hurt, Piper. I need you to understand that!” he shouts.

“I don’t understand, David!” I plead, “How are people going to get hurt?”

I hear more static come from his mouth, but he doesn’t seem to notice, he just keeps talking, clearly thinking he’s telling me something important. Frantically, I look around for a clue as to what is going on. When I turn back to him, David’s face starts to deteriorate and his body fades away to dust. 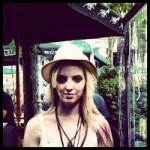 Nearly every writer struggles to put together information about themselves, perhaps because we’re so used to detailing the lives and ways of others. For the most part I am a writer, editor, photographer, and all-around artist living in the wilds north of Toronto, Ontario. I thrive on the juxtaposition of beauty and grit, enjoy urban crawls, indie everything, and time well-spent in the woods.
Website / Goodreads / Twitter
If you’d like to win an ebook copy of Flight just leave a comment with contact details telling me why you like reading YA…
This entry was posted in Blog, Reading and tagged Lindsay Leggett, science fiction, YA. Bookmark the permalink.