This week’s TTT topic thanks to The Broke and the Bookish is the top ten most frustrating characters. This is a tough one but here’s my list…

1. Aria from Mystic City: Really girl, you can’t figure out who your real Romeo is when it’s so super obvious?! This character drove me crazy. I just wanted to smack her upside the head so she’d wake up realise the truth of her situation.

2. Eve from Eve and Adam: I wish she’d been more receptive to Solo. How did she not see how awesome he was?

3. Will Grayson from Will Grayson, Will Grayson: Both of them to some extent but particularly the Internet-lover one. Again, a case of a character being in the dark when I thought the truth was blatantly obvious.

4. Stefan Salvatore as depicted in the series version of The Vampire Diaries: This guy just drives me crazy. He’s all loving and romantic one minute, then he flips a switch and goes cold hearted killer. Damon might be less stable but at least he is consistently psychopathic.

5. Bella from Twilight: Maybe this is a cheap shot but any girl with two super beasties head over heels for her who just sits around moping all day is going to piss me off.

6. Louis from Anne Rice’s Vampire Chronicles: He is one seriously emo vampire who could be super awesome if he just got over himself.

7. Shadow from American Gods: He’s meant to be a badass ex-con and yet lets people…ahem, gods… stomp all over him. His apathy and torpour was most frustrating. 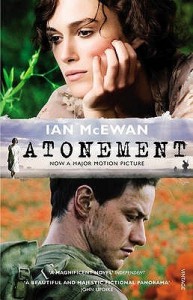 8. Christopher McCandless from Into the Wild: A real person who perished in Alaska but none the less frustrating for isolating himself and making so many silly mistakes which ultimately lead to his unnecessary death.

9. Lizzie from Prozac Nation: The girl has so much potential and I just wanted to shake her and say snap out of, which of course is what the whole book is about but it took too long and broke my heart to see her continue the downward spiral.

10. Briony from Atonement: This snotty little brat wrecked the lives of good people. I know she was just a child and didn’t fully understand but I found her righteousness infuriating and although I forgave her for being a snotty brat I still wanted to punch her.

Ok, I’m done and starting to feel frustrated all over again just thinking about these characters and all the silly things they did.